Greetings everyone! This is Miyauchi, the producer. (The director, Katano, is here, too.)

In this volume of Developer’s Backyard, we’d like to introduce Sin as well as share the results of the crossplay beta test and plans for implementation, in addition to the director Katano sharing some of the upcoming plans for updates to improve some features in Rank Tower and online matches.

We’ll get right into it now. Be sure to read through to the end!

He is the child of Ky Kiske, Allied King of Illyria, and Dizzy, a half-Gear, making him one-quarter Gear.
Ky entrusted him to Sol as a child to avoid unwanted attention due to his incredible rate of growth caused by his Gear blood.
Sol’s education leaned a bit too far into survival (self-admittedly), leading to Sin now being strong but mischievous and somewhat lacking in the academic department.
Despite his looks, he’s actually not even ten years old yet, and is still rather immature mentally.
He’s optimistic and doesn’t think too deeply about things. He could be called clueless at worst, and innocent at best. His simplistic thinking, however, can lead to a breakthrough in handling situations at times. 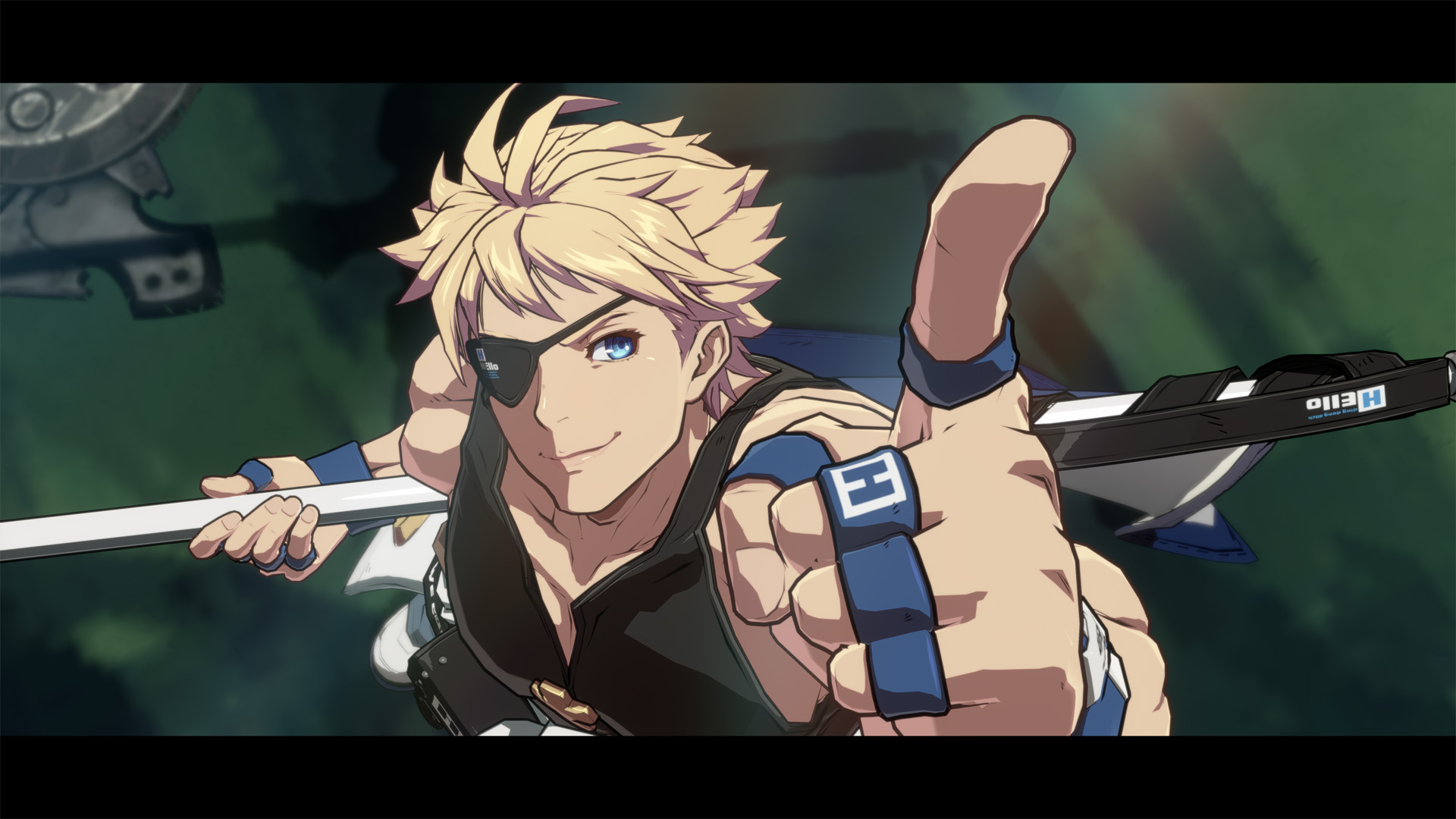 (Katano)
Sorry for the long wait between updates. The next DLC character, Sin, was released on November 24.
Sin made his first appearance in Guilty Gear: Overture, and then joined the roster of Guilty Gear Xrd with a new look.

・Character Backstory
As stated in his profile, he’s an innocent young man, but his cheerful, kind personality is a saving grace to many of the characters.
Be sure to play his Arcade Mode in GGST to get a deeper look at his personality.

He shows up in Another Story, released April this year, as part of the Illyria Special Brigade under Ramlethal’s command.
He isn’t officially a member of the Special Brigade, as he only steps in to help Ramlethal during the story.
This led to many players predicting he would join the roster as DLC.

His outfit hasn’t changed much from his previous design, with the coat he was wearing now tied around his waist.
Together with the change to his hair style, his design has more of a sporty look now.

Whereas he fought with his flag rolled up in the Xrd series, he now wields the flag unfurled.
This is the same style as his initial appearance in Overture. I feel we managed to better emphasize his identity as a “flag wielder,” as opposed to a traditional staff user.

・Sin’s Battle Design
Sin has many long-ranged normal moves, as well as special moves that make it easy for him to get in on the opponent from mid-range.
His strike-invincible reversal and effective special moves for mixing up a blocking opponent make for a strong, well-rounded character.

His distinguishing trait is his ability to perform follow-up attacks or a unique movement option after nearly all of his special moves, giving him access to speedy rush-down as well as additional combo routes.
His follow-up actions consume his unique Stamina gauge, meaning you can’t throw them out carelessly. The Stamina gauge replenishes over time. (For players familiar with him from the Xrd series, take note that this works differently from his Calorie gauge!)

He also has access to extremely powerful Overdrive moves.
You can activate a follow-up after R.T.L at the cost of all of your Tension gauge.
Landing R.T.L and the follow-up when you have 100% Tension can sometimes deal enough damage to end the round then and there.

(Katano)
We held a beta test for crossplay from October 14 to 17. Thank you so much to everyone who took part in the test, as well as everyone who answered the survey afterwards.

We are currently working on optimization for the official update to implement crossplay into the main game. We expect to have it ready for release mid-December.

(Miyauchi)
First of all, here’s the updated roadmap. 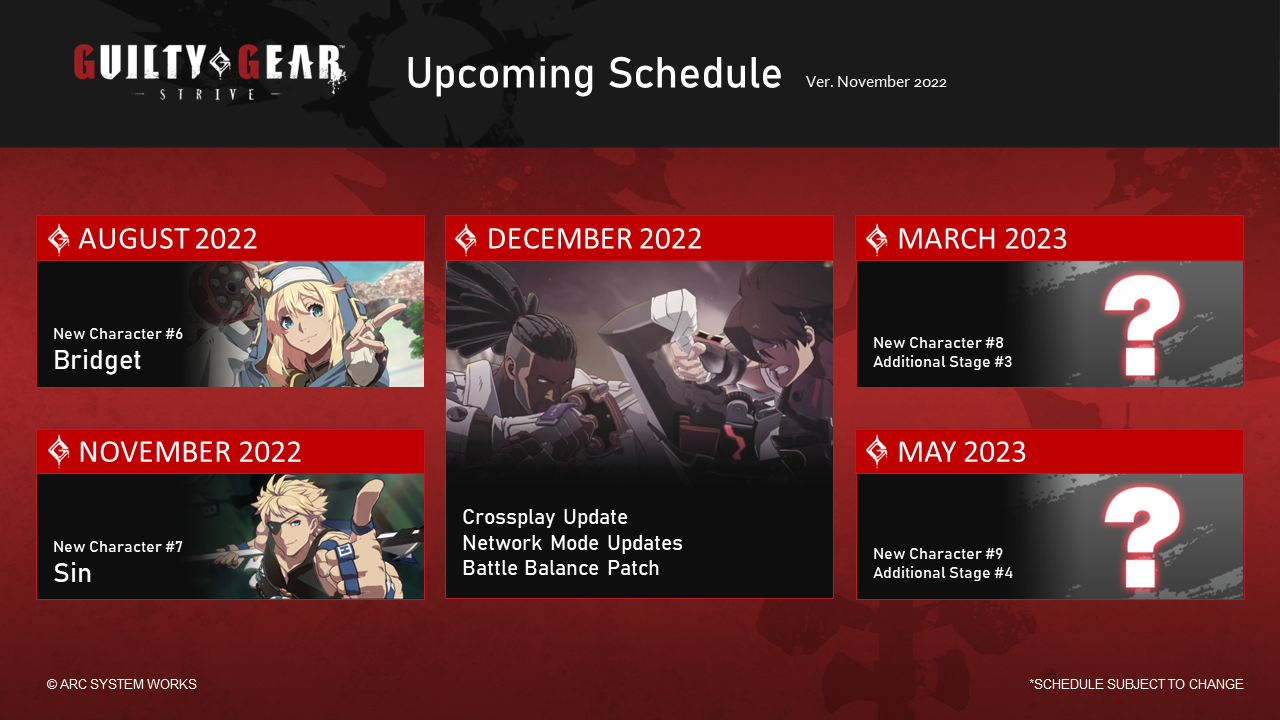 We’ve added defined months for the planned updates coming up in the schedule.
For December, in addition to the official crossplay update, we have updates planned for the Network Mode and battle balance changes.

Here are some of the changes that will be made in the Network Mode update:

・New Feature to Select Room in Ranked Tower
You will be able to manually select a room within each Ranked Tower floor to enter.
Along with this change, the rooms will now support up to 32 players at a time when entered manually.
When entered automatically such as while waiting for a match via Quick Match, etc., each room will support up to 24 players at a time, the same as before.

We’ll provide more information about the other changes in the update at a later date.

*Please note that some questions may be altered for publication.

Hi, I feel the amazing music is part of GG DNA. Is it possible to display the title of the song playing in fights? That way our opponents and even spectators in tournaments can search for the song after! Can you please consider adding a small title above the timer??

(Katano)
Personally, I also hope to create opportunities for many people to listen to Guilty Gear music.
When it comes to BGM, we’ve received requests to add a playlist feature for the Random setting, options to register favorites, etc., and I would like to pick up on these smaller scale requests going forward.
Although I can’t make any concrete promises at the moment, we appreciate your support as we work towards making these a reality.

Does the character's fighting style make a major impact on how likely they are to make it into the roster? Characters like A.B.A and Nagoriyuki share similar mechanics in terms of blood management, does that mean she is less likely to make it in with Nagoriyuki already existing? The same goes for characters like Happy Chaos and Elphelt Valentine as well.

(Katano)
Fighting style is not something we consider as a highly important factor when choosing additional characters. For example, both Nagoriyuki and Baiken are characters who use katana.
Of course we would consider the balance if it ended up too skewed in one direction, but that is not the basis for our plans.

(Miyauchi)
To put it another way, this means that every character has a chance of making it into the roster. Look forward to the upcoming additional characters!

(Miyauchi)
Finally, we have updates on tournaments and events. Let’s start with the results of the ARC WORLD TOUR 2022 qualifier events from September to November: REV Major, CEOtaku, The MIXUP, and FIGHTERS SPIRIT. 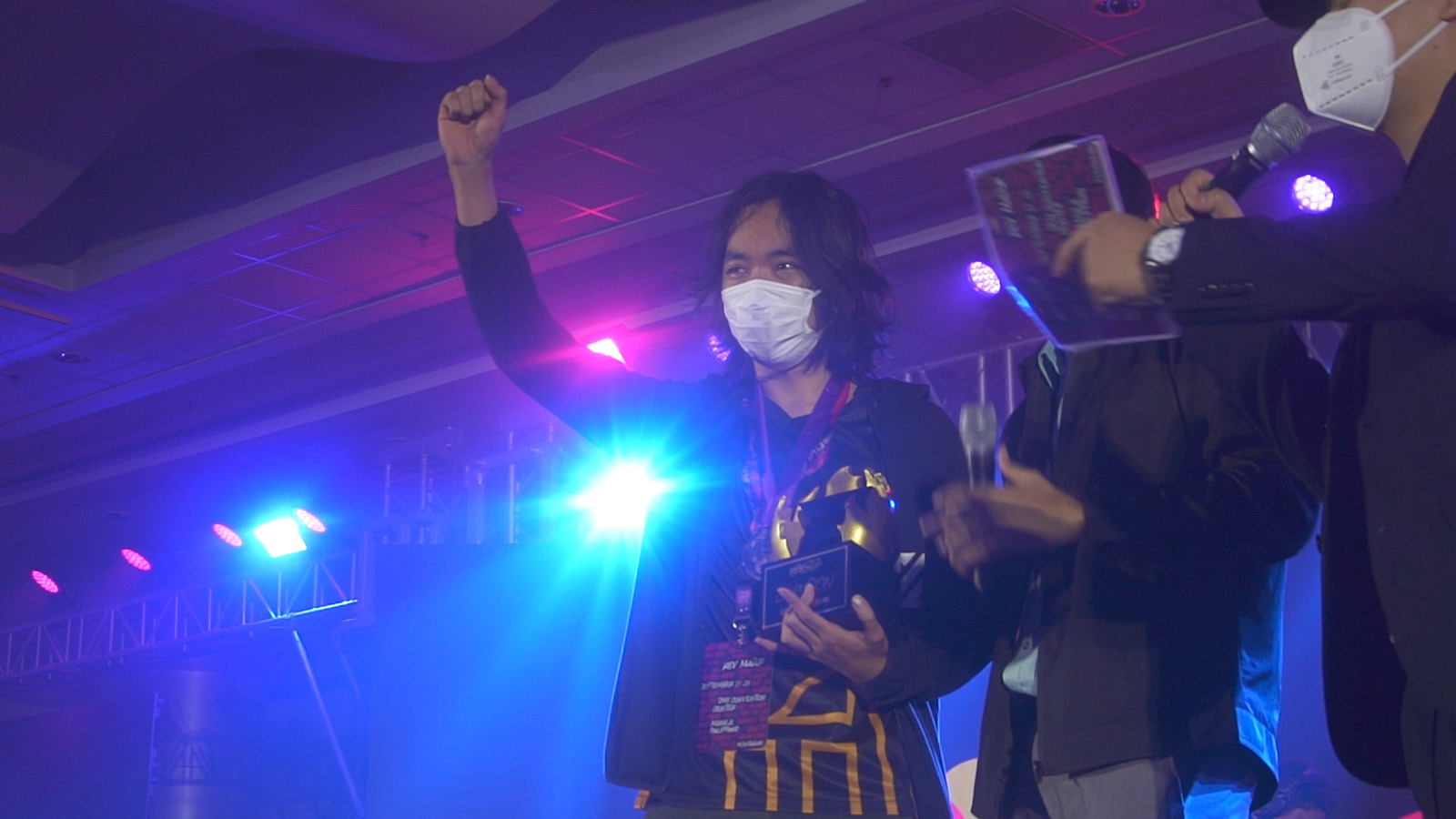 CEOtaku
・At CEOtaku in Florida, USA from September 23 to 25, Oni|NBNHMR (USA) made his way through the Winners bracket as Nagoriyuki, defeating Bean (USA)’s Chipp Zanuff in the grand finals for the victory! 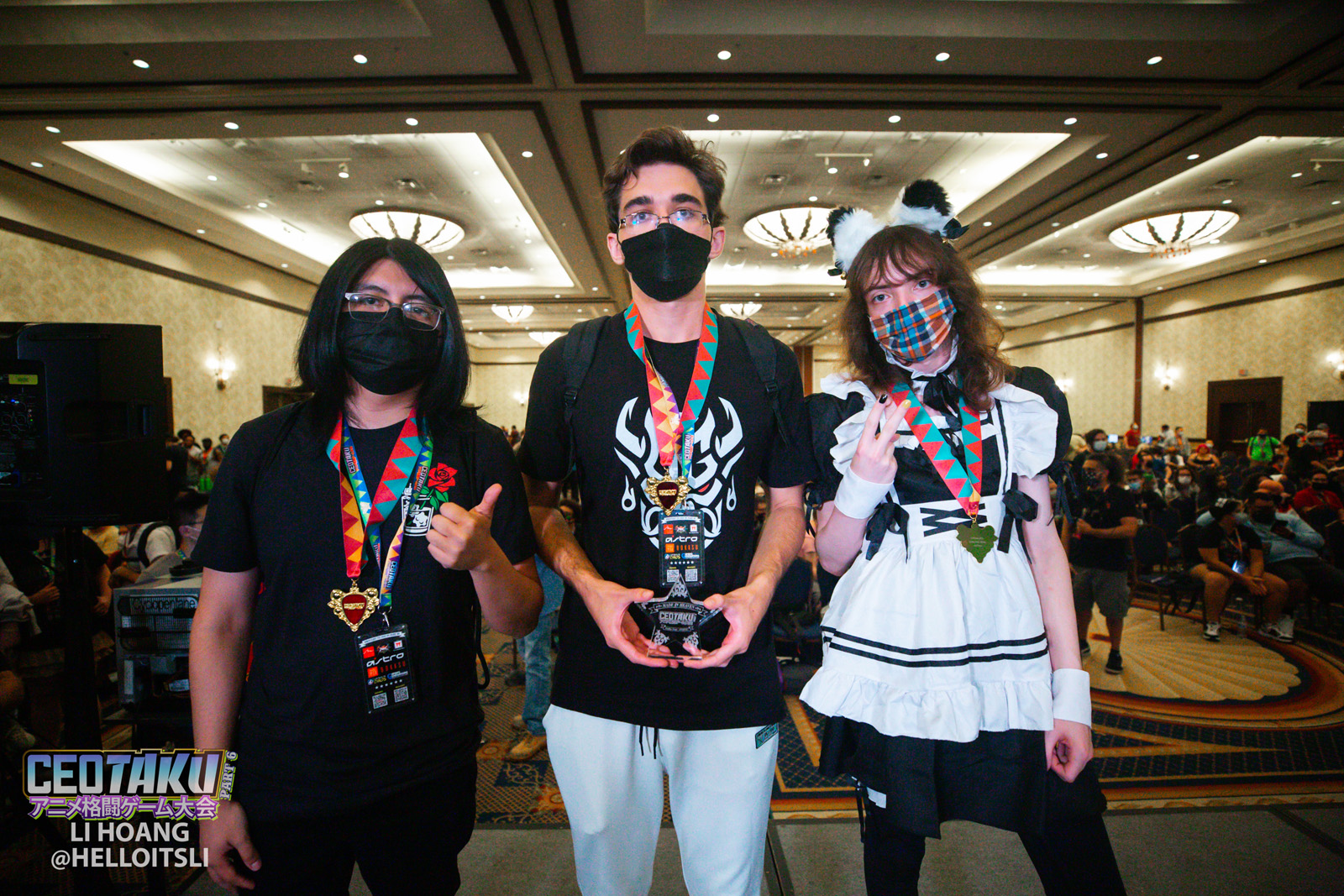 The MIXUP
・At The MIXUP in Lyon, France from October 1 to 2, Zando (Israel)’s Ramlethal came out victorious after a close battle with NASR|Latif (Saudi Arabia) with a reset in grand finals! 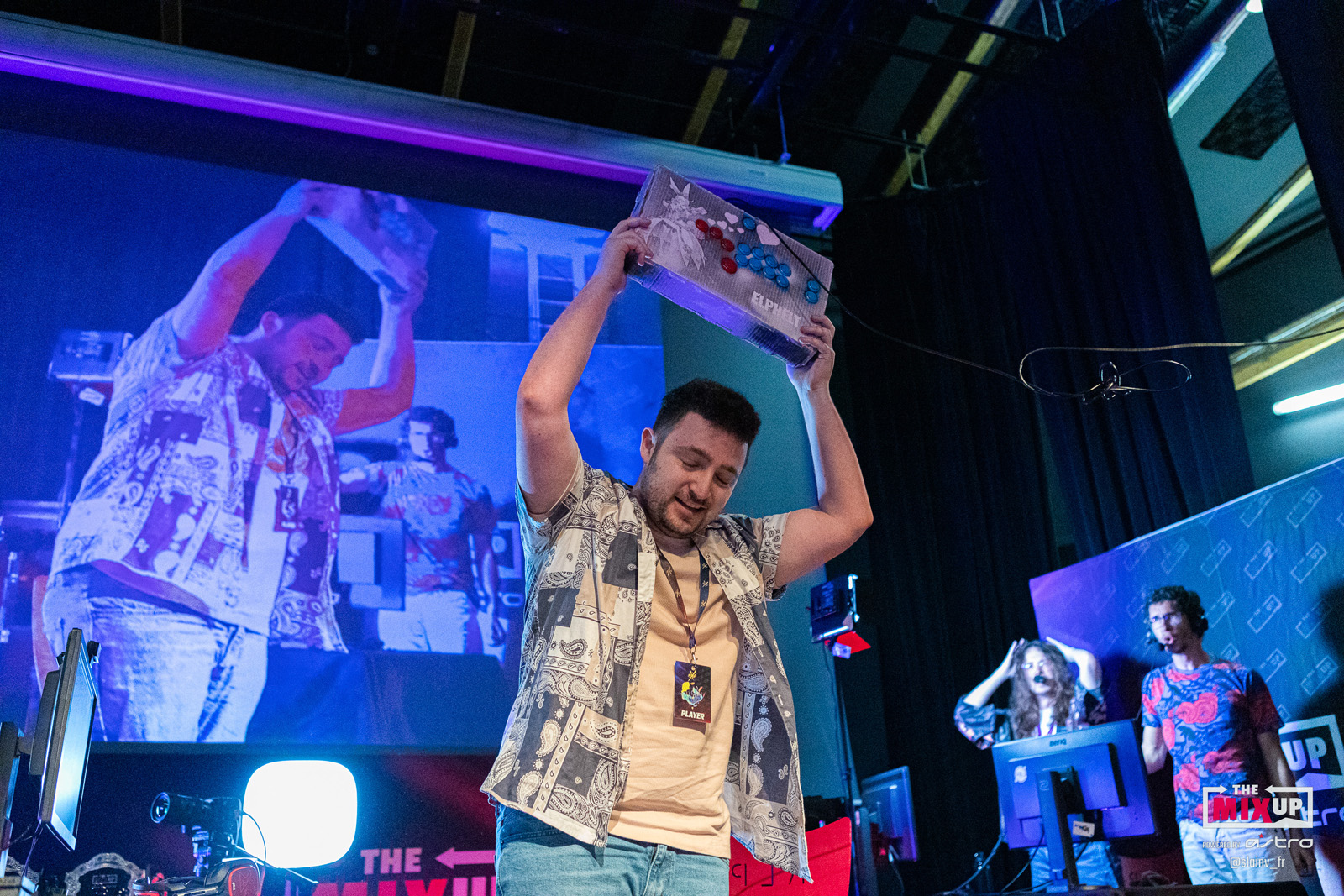 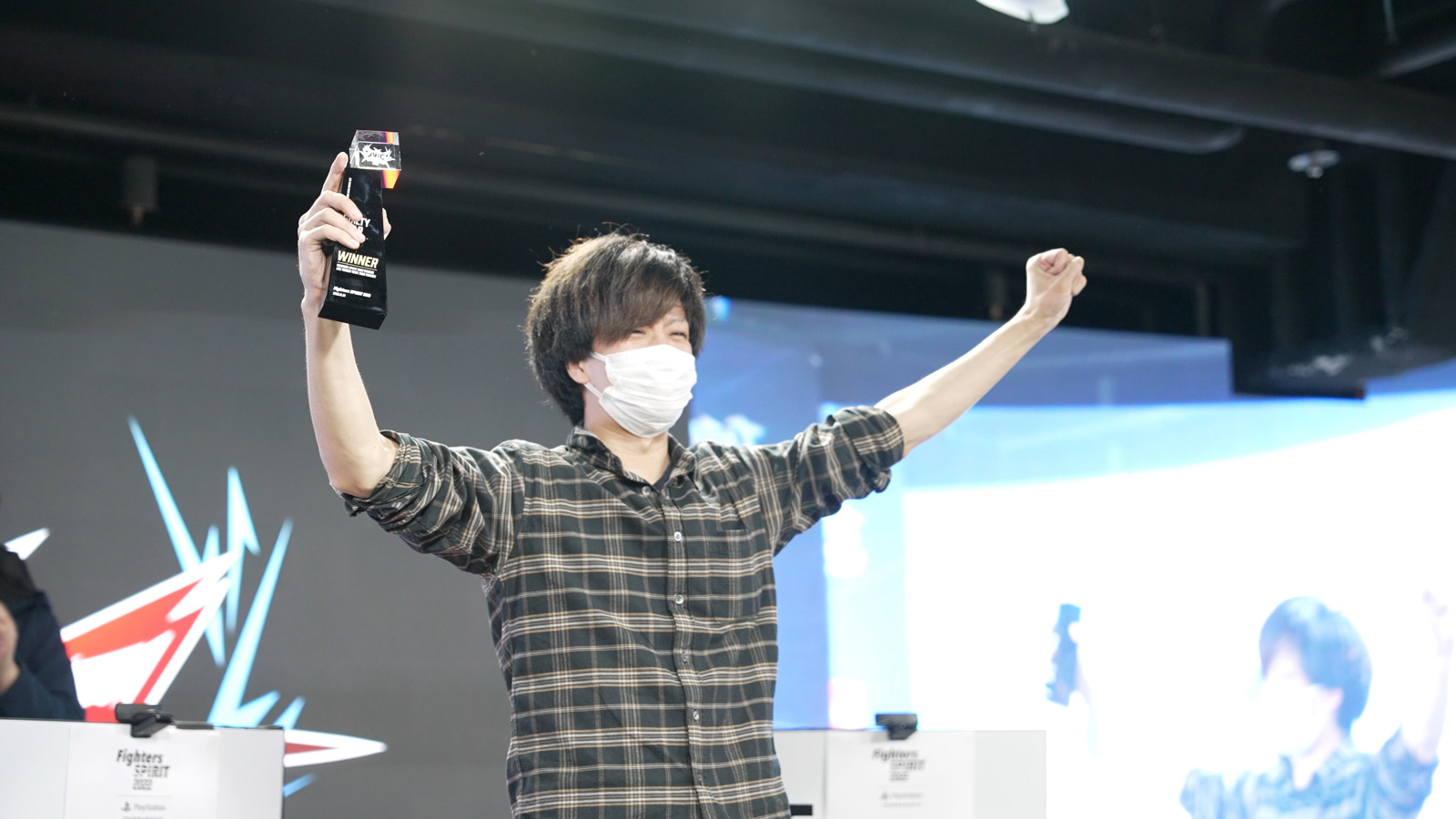 The remaining two qualifier slots are ARCREVO Japan 2022 on December 3 to 4 and Frosty Faustings on February 3 to 4, 2023. We can expect an even more intense competition at both events.

That’s all for Volume 12 of Developer’s Backyard.
Thank you for reading through to the end.
We plan to put out the next volume after ARCREVO Japan 2022 in December.

We’re currently accepting submissions for topics you’d like us to discuss in a future Developer’s Backyard as well as questions and comments via the form below.