We’ve had two major events since the last volume of Developer’s Backyard, the Open Beta Test #2 and Red Bull Kumite.

During Red Bull Kumite, we revealed information about the Player Match Mode and Mission Mode.
First, we would like to provide some additional information here. 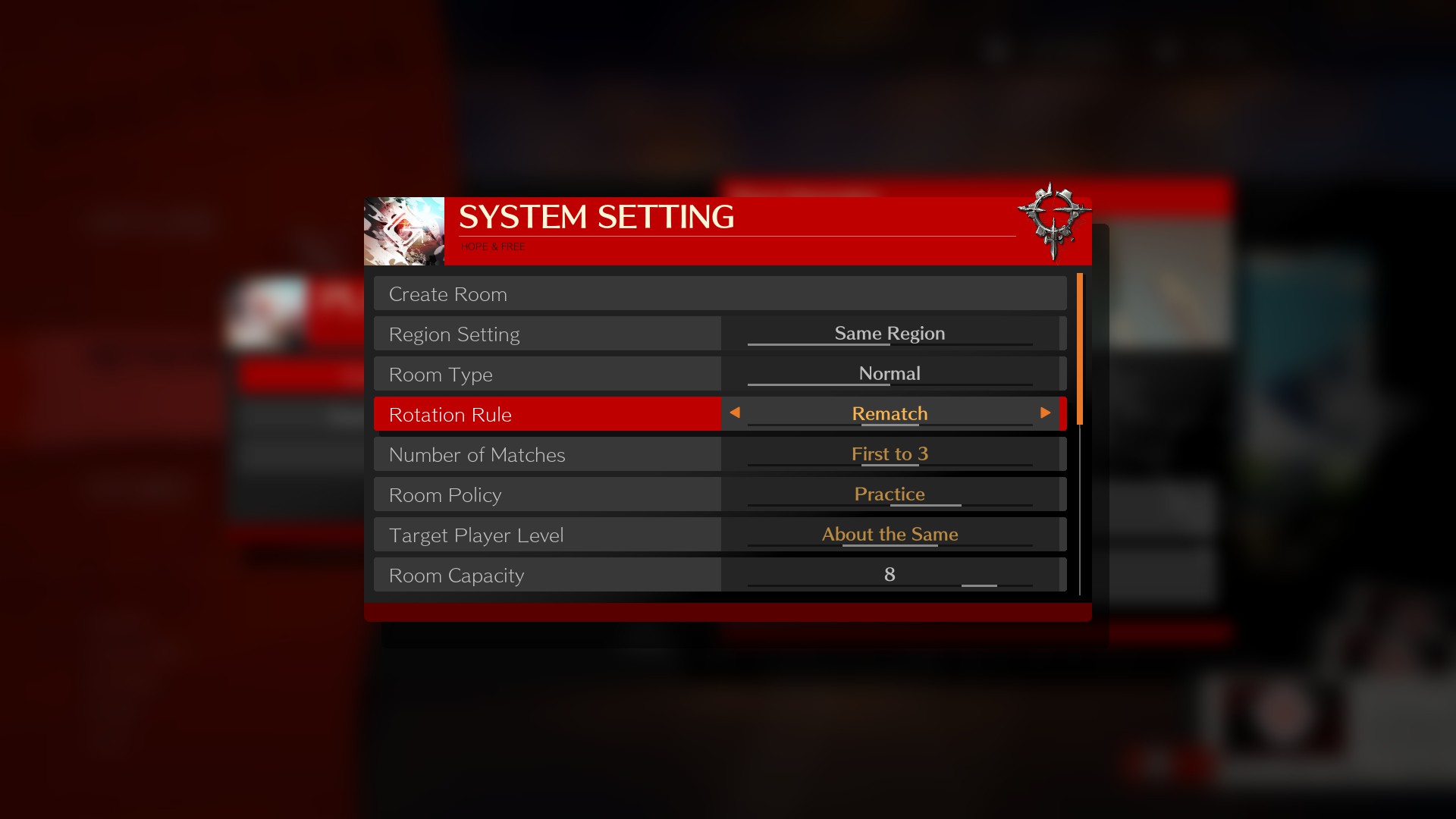 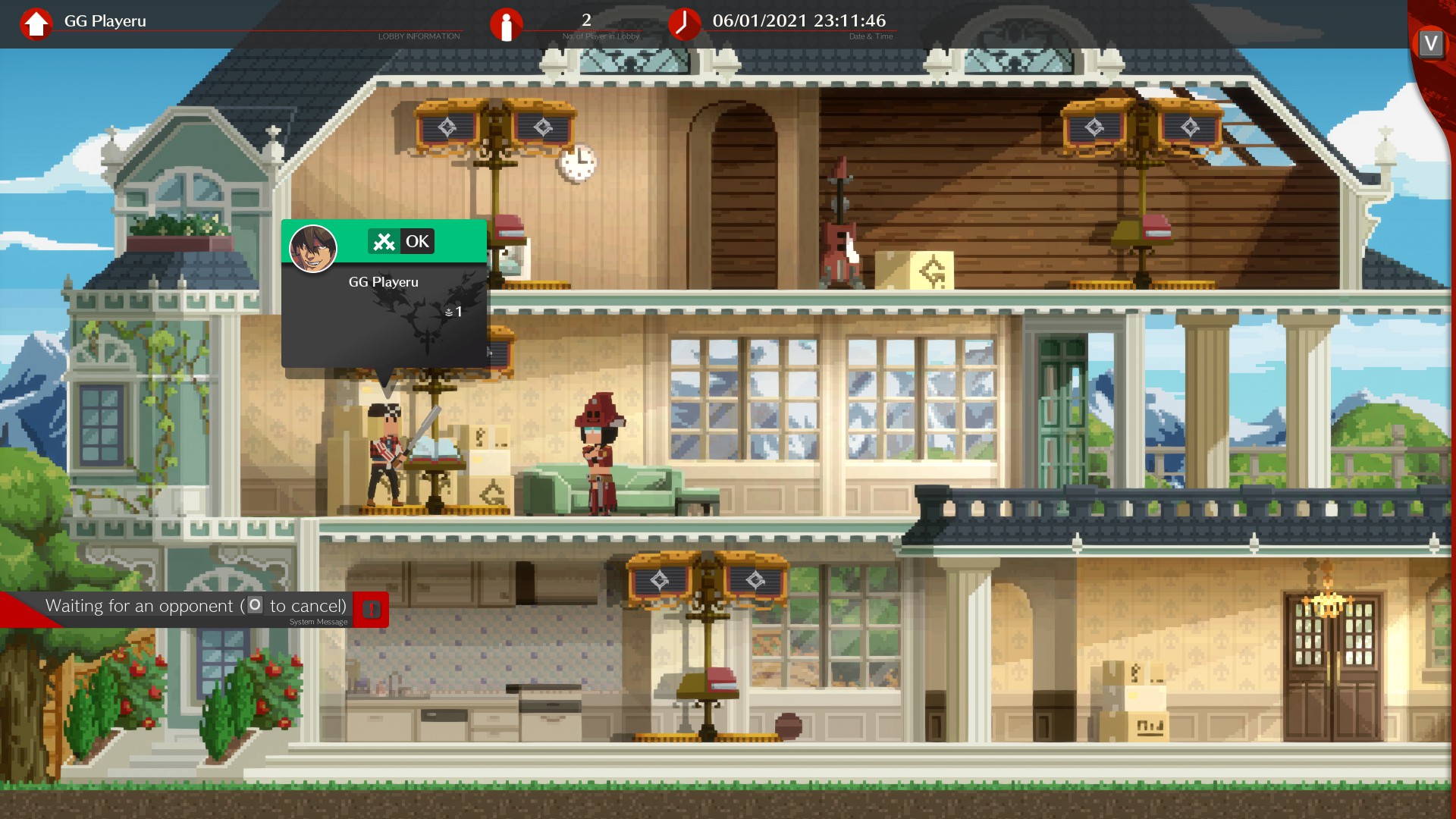 To explain Player Match Mode simply, it lets you create rooms to play matches where you can freely change the match regulations.
You can play with only your friends by setting an ID, or use them for tournaments.
Up to 9 players can enter each room, so you can have up to 8 players in a tournament join at one time along with the organizer.
We’ve included a variety of features, such as spectating and lining up for the next match. You can even wait for an opponent while in Training Mode, something not available in prior titles.
There is also an Online Training Mode where you can practice with a friend without worrying about time limits. This opens up more options than the standard Online Mode. 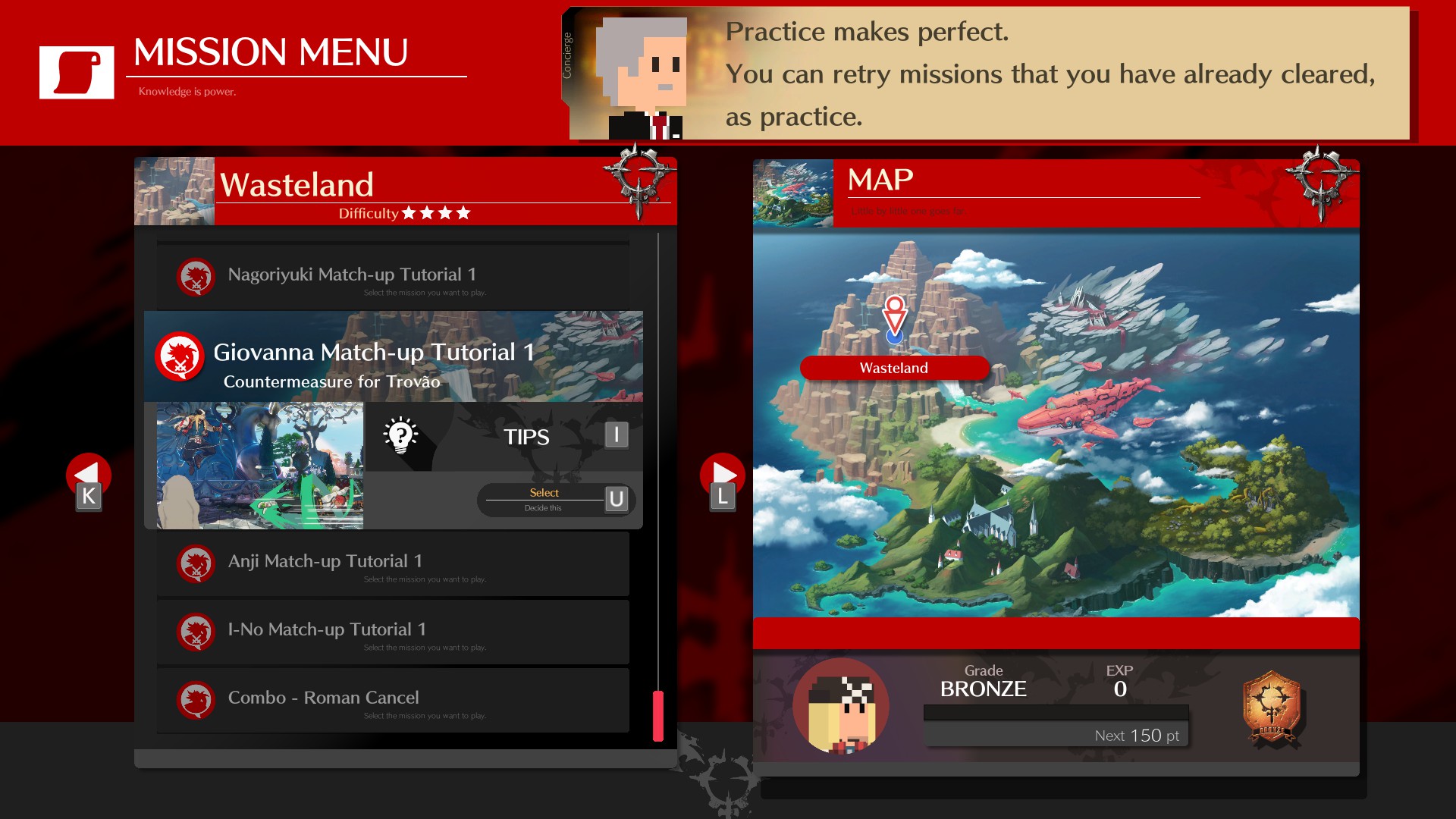 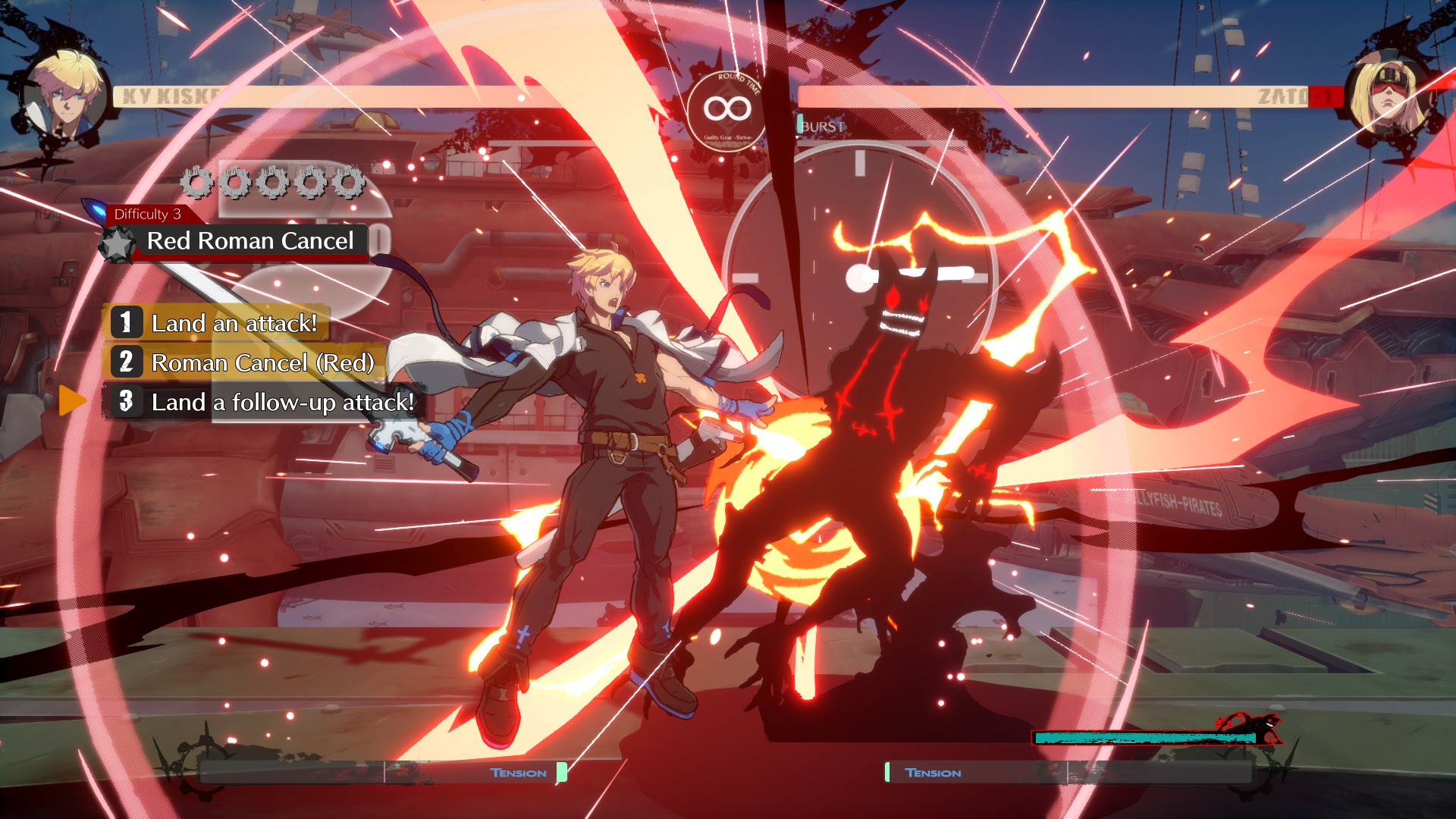 Next I would like to discuss Mission Mode, where you can learn various techniques for GGST and fighting games in general.
We aimed to show new players that it is possible to enjoy fighting games without knowing about the battle mechanics by opting not to include explanations of the mechanics in the Tutorial Mode and by reworking the matching system.
However, we would recommend players who want to improve and get stronger to play Mission Mode.
There are over 120 missions total between explanations of mechanics, techniques, combos, and counter strategies for individual characters.
The missions are divided by difficulty level, so there’s no need to try clearing all of them at once.
This mode is great for when you feel you’ve run into a wall during your matches or when you don’t know what to practice next.

Next, we would like to respond to the feedback we received after the Open Beta Test #2.

Improvements to the Online Lobby

Katano:
We changed the matching system for online matches to using Duel Stations, and added a rematch feature.
This greatly improved the tempo of matchmaking, but there were still issues such as connectivity errors. We are making final fixes for these leading up to the release.

We are putting all of our effort into providing the best possible online environment by the release date.
As major changes to the system could not be implemented in time, we are currently focusing on fixing bugs.
Improvements to the features and other changes will be made after release in the form of free updates.

Katano:
As jumping was extremely strong during the first Open Beta Test, we mainly adjusted aerial options for this test.
It was our first time attempting to implement such extreme balance changes, such as decreasing the movement arc of jumps and adding landing recovery, before release. We were able to get extremely useful data thanks to this, paired with that from the first test.

After considering a variety of factors such as the game concept, battle balance, and how fun it is to play as an action game, we are making final adjustments in the direction of increasing the movement arcs, while retaining the landing recovery on aerial attacks and double jumps, etc., for the final game.

We are also working on adjustments for other game elements such as the Tension Gauge increase for different situations, increased number of plus frames on some counter hits, the cancel window for gatling combos, minor changes to the combo rules, and individual balance changes for all characters.
Please look forward to the release date to experience the finished game.

Katano:
That’s all for this volume of Developer’s Backyard.
We are planning on continuing this project after the game’s release.
As a result of our busy schedules, we feel recent Developer's Backyard volumes have been a little one sided. We were able to share our developmental intent and our future plans, but we're hoping to put more of an emphasis on creating a dialogue between us and the players moving forward.

We would truly appreciate it if you continue to send your opinions and feedback after the game is released.

That’s all for Volume 6 of Developer’s Backyard.
Thank you for reading to the end.

There’s about a week left until the release, at last.
Just before the release date, we have a “Guilty Gear -Strive- Early Access Showcase” planned on June 6. 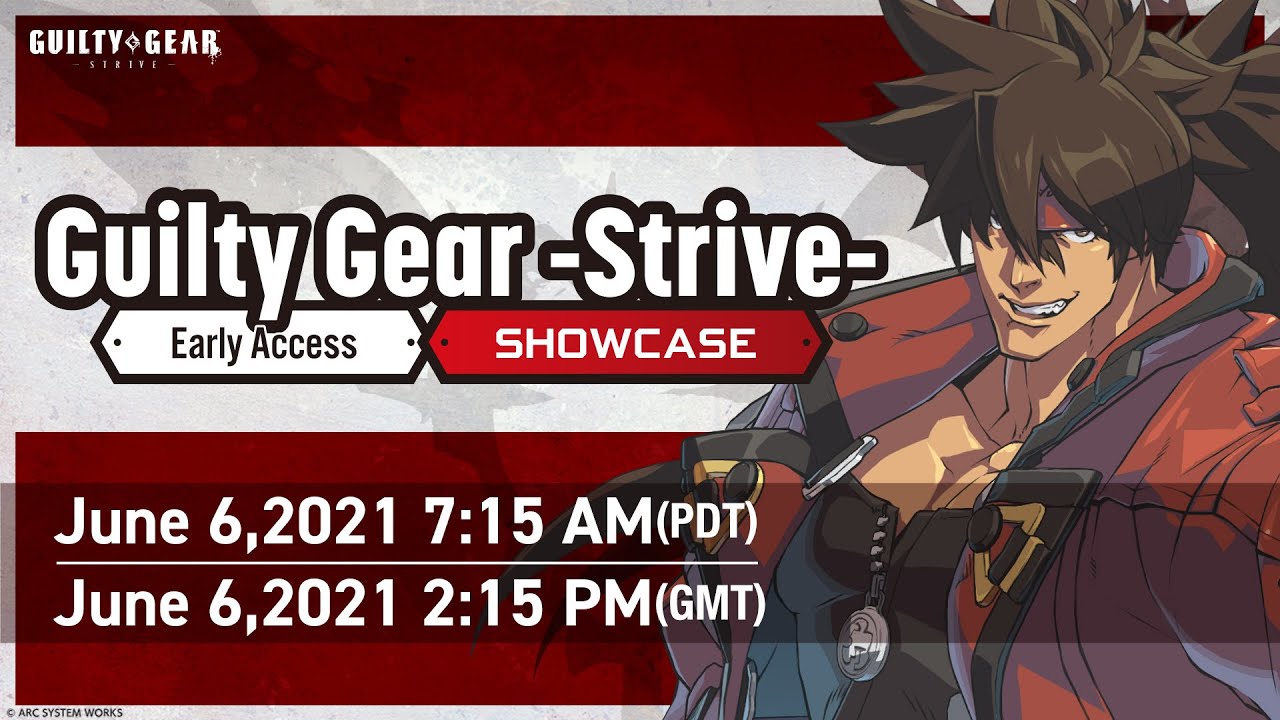 In addition to new footage related to the story, we will also announce the future update schedule. Don’t miss it!