13 Characters
※Anji Mito and the 15th character are not playable.

Play against the CPU or another player.

Learn the basics of how to play.

Recreate a variety of situations and practice to your heart's content.

Play against others from across the globe.

・ms: Refers to the ping (response speed from your opponent's connection). This changes depending on your network connection and the distance between you and your opponent. Your match will be smoother the lower this number is.

・Rollback Frames: Refers to the average number of rollback frames during a set period of time. This number increases the worse the connection between you and your opponent is. When this number gets too high, the match can be difficult to display.

When reporting your impressions or errors encountered during online matches, please include the two numbers detailed above in your report.

In order to perform the network test with variety of connection conditions, the Beta Test will not include features such as a connection compatibility display before the match, or matchmaking filtering based on connection strength. 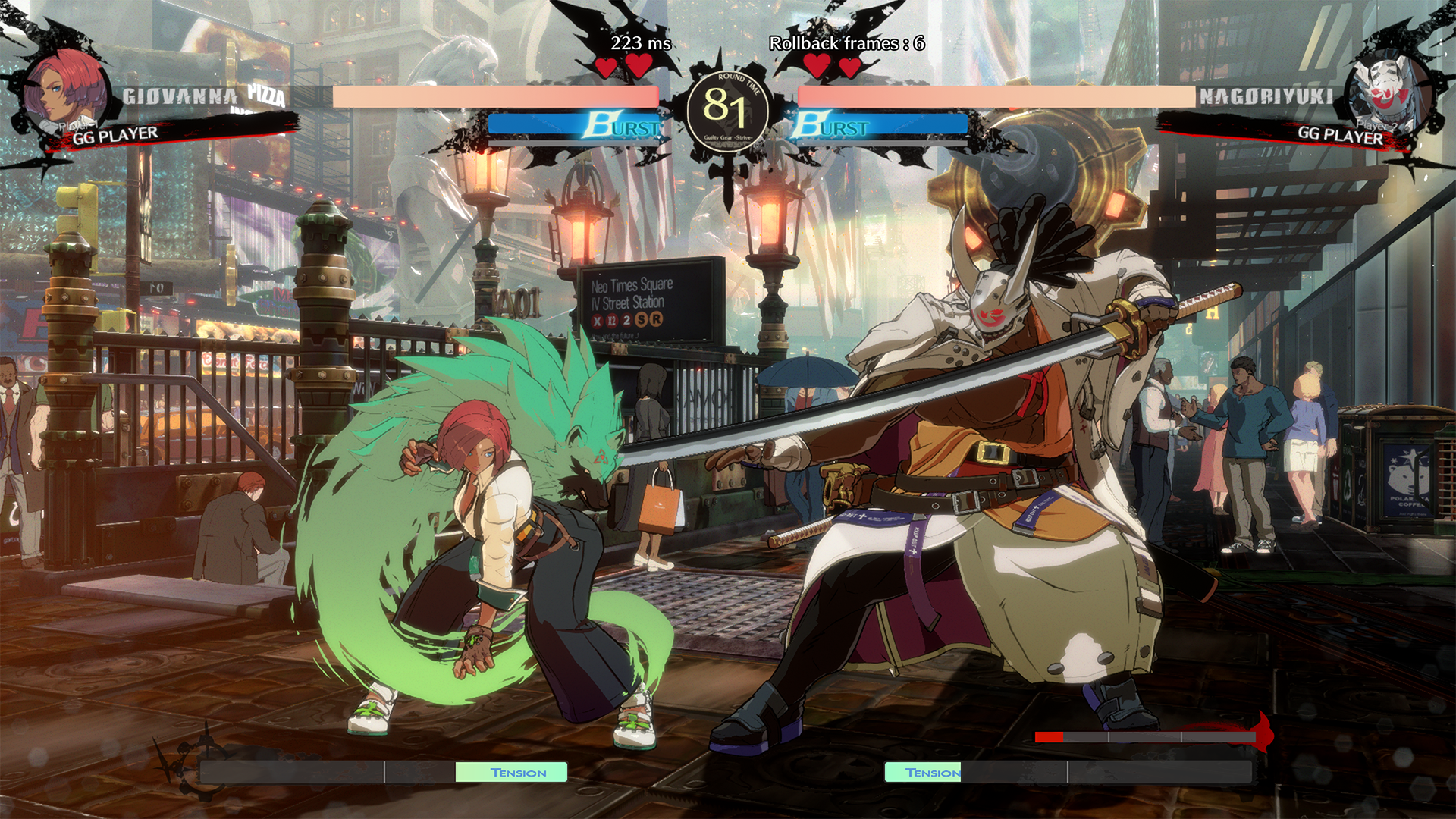