An update to Version 1.10 will be released on October 15 for the PlayStation®4/PlayStation®5/Steam versions of Guilty Gear -Strive- with battle balance adjustments and fixes for issues in each game mode.

・Added support for the PS4 event “Tournament” feature.
Pressing the △ button at the main menu displays any upcoming PlayStation Tournaments open to entry, and will automatically match players with their opponents during supported tournaments.

*This feature is not supported on the PS5 console, or on the PS4 version when running on a PS5 console.
*Arc System Works does not provide sponsorships, endorsements, or management.

・Reduced the network connection time upon login.
・Added a “Sync R-Code with Server” feature under System Settings from the main menu Settings option.
Using this feature downloads the R-Code from the server and applies it as the R-Code for the current save data.
Please use this feature when your save data has been deleted or lost.

・Fixed an error where messages regarding changes to the player's suggested floor would be displayed when matching even outside of the Rank Tower.
*October 15, 2021: Fixed some errors in the text.

・Fixed a bug where sound effects for flame attacks would be played multiple times under certain circumstances.

・Fixed a bug where the Maximum Combo Damage and Maximum Combo Hits would not be displayed properly.
Previous data will be reset on login, and properly registered from current gameplay.

・Fixed an error where network features would not function properly, mainly after scrolling for a long time on the Ranking menu.
*October 15, 2021: Fixed some errors in the text.

Major Confirmed Issue:
■Network features are completely inaccessible under certain play environments.
We are continuing to look into and address this issue.

Any players experiencing this issue, please contact customer support with the following information:
-Type of console in use
-Internet provider or contracted service in use
-Model number of the router or network adapter in use
-If possible, an image of the error message or a video showing when the error occurs 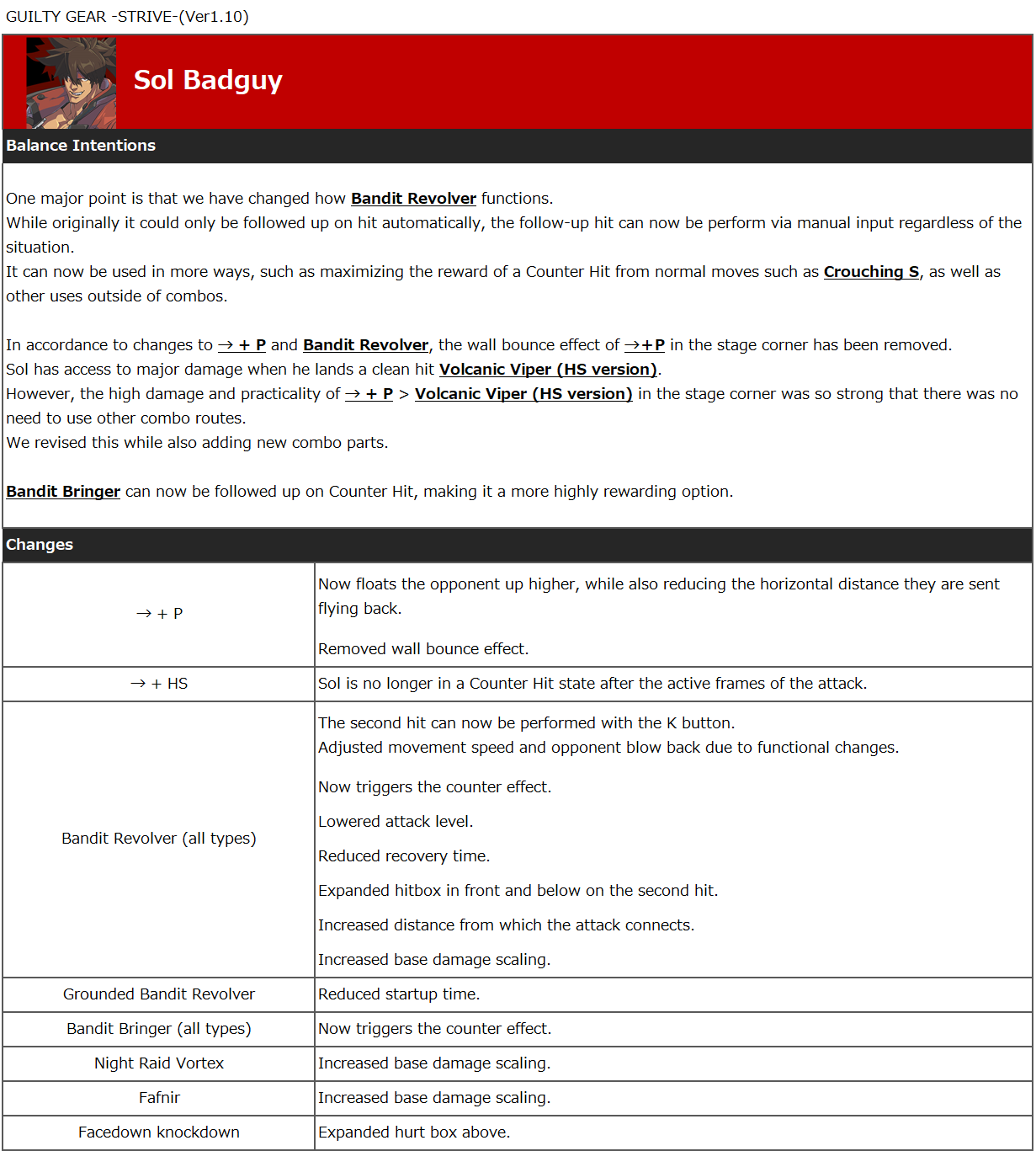 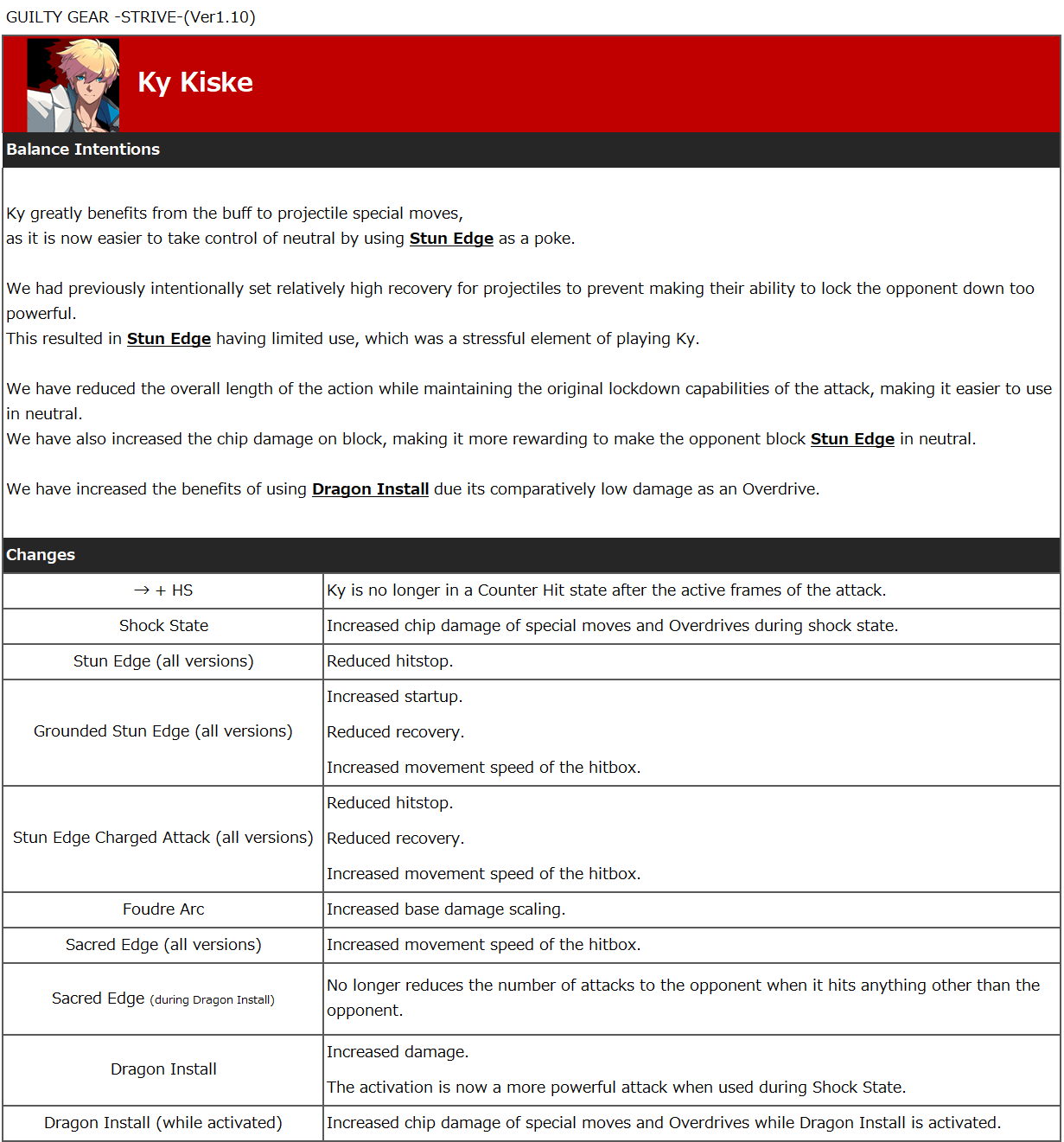 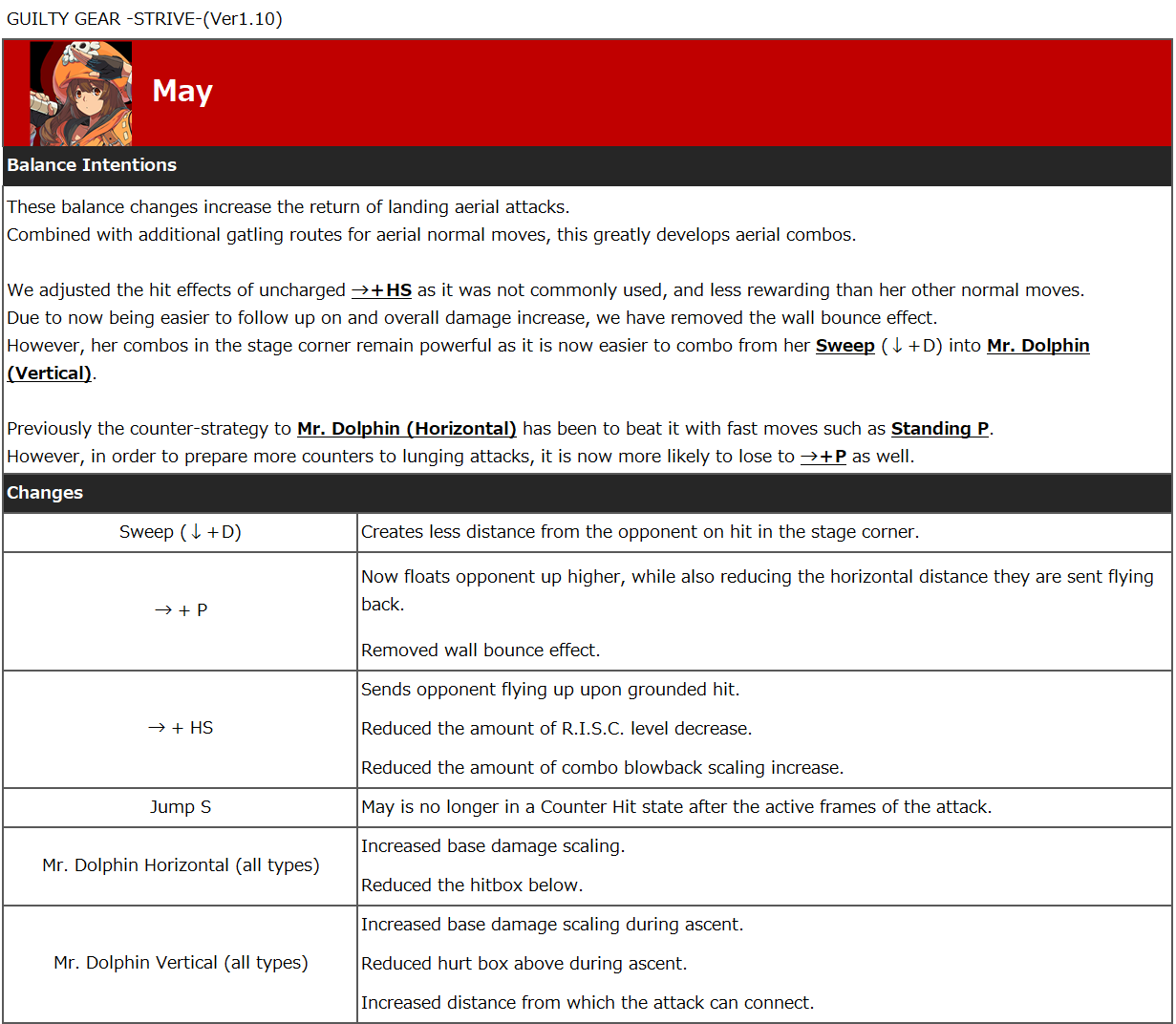 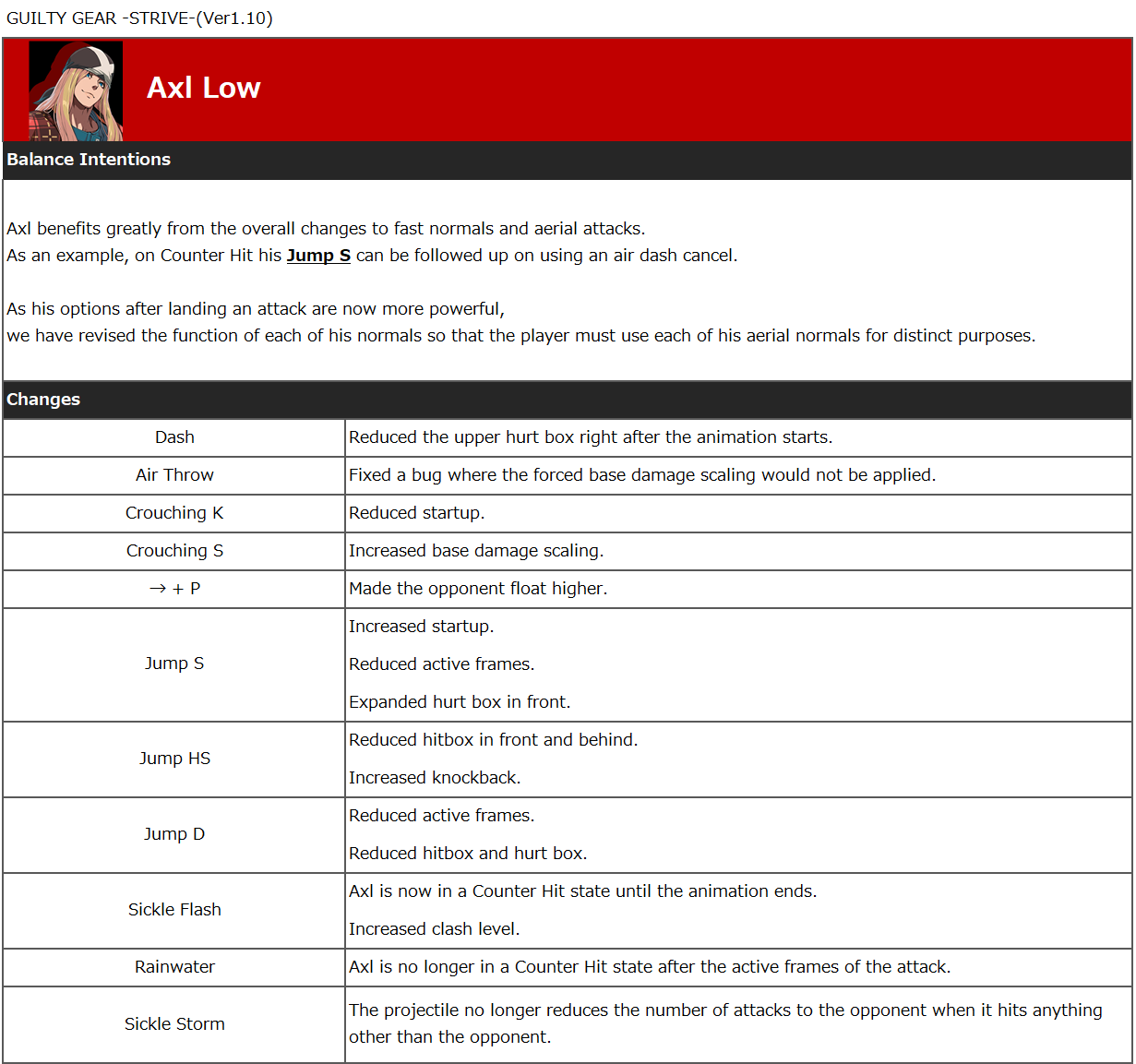 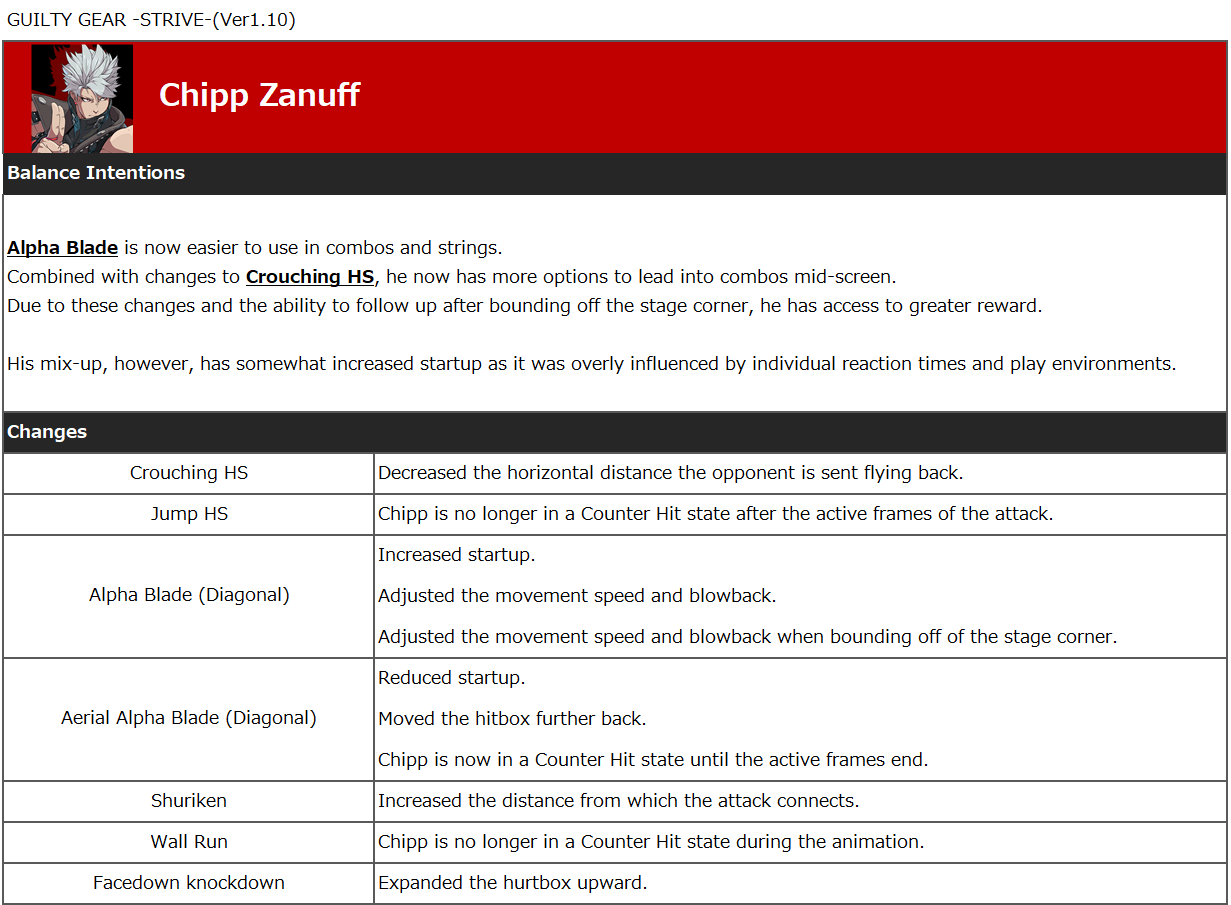 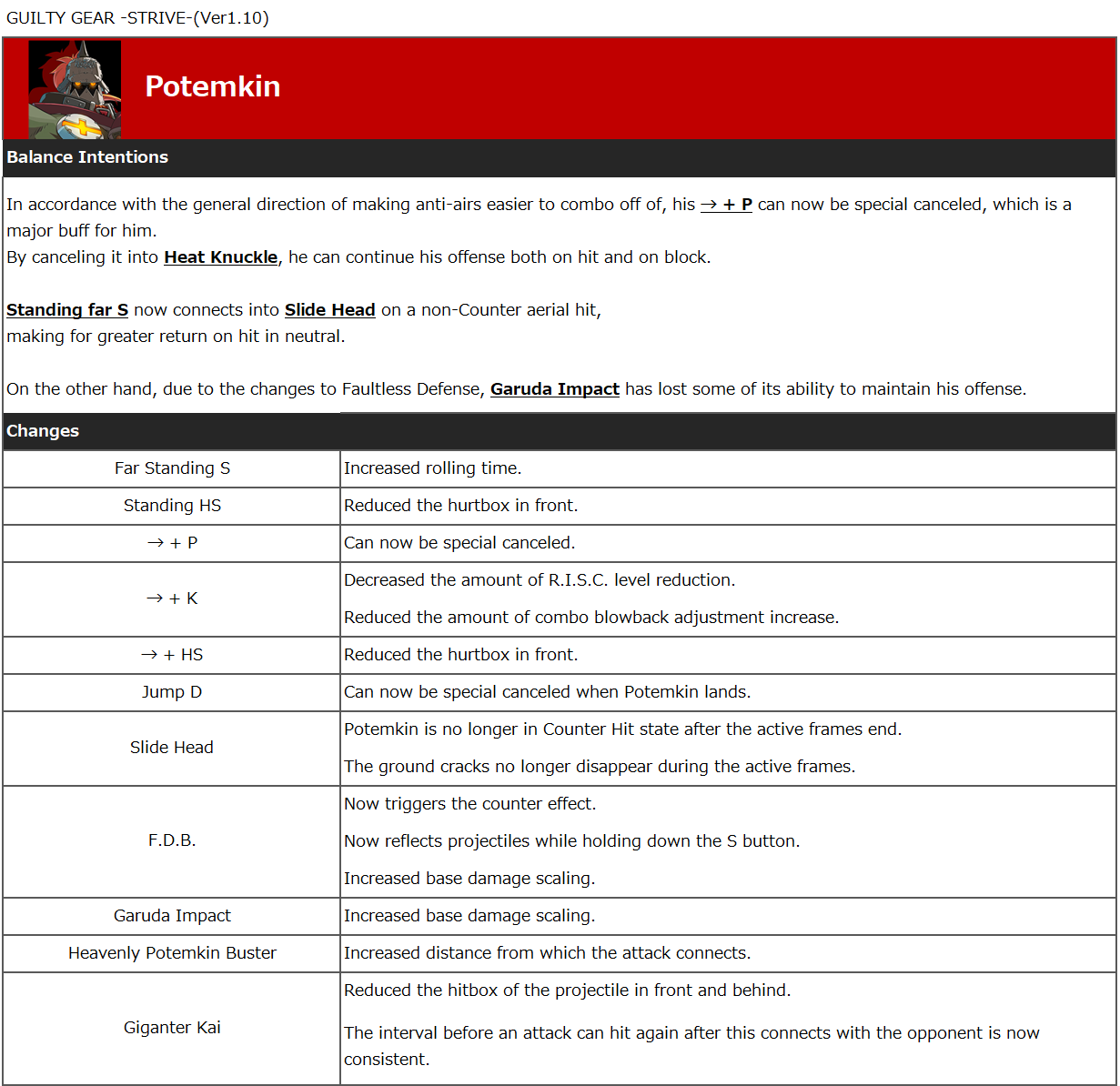 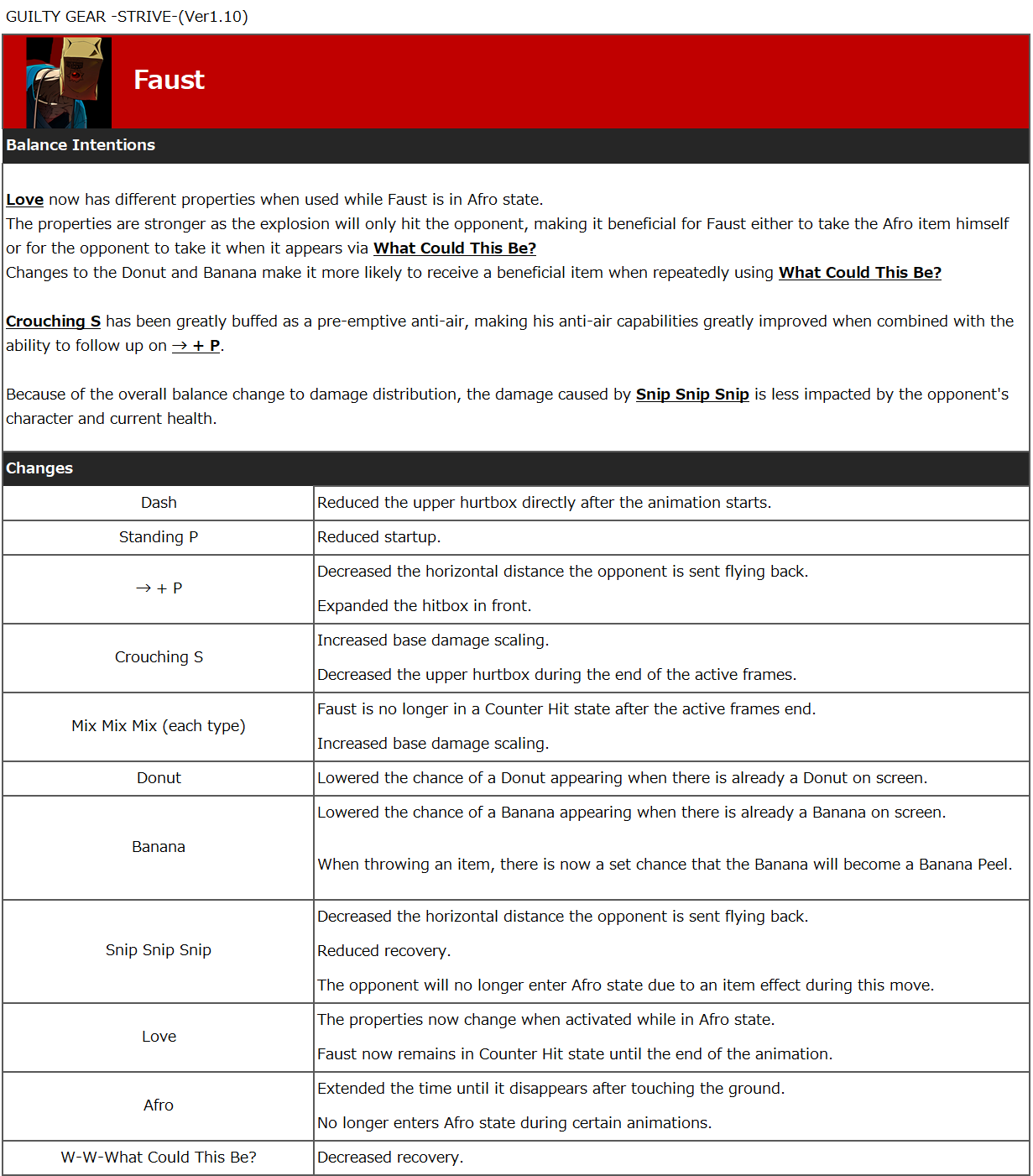 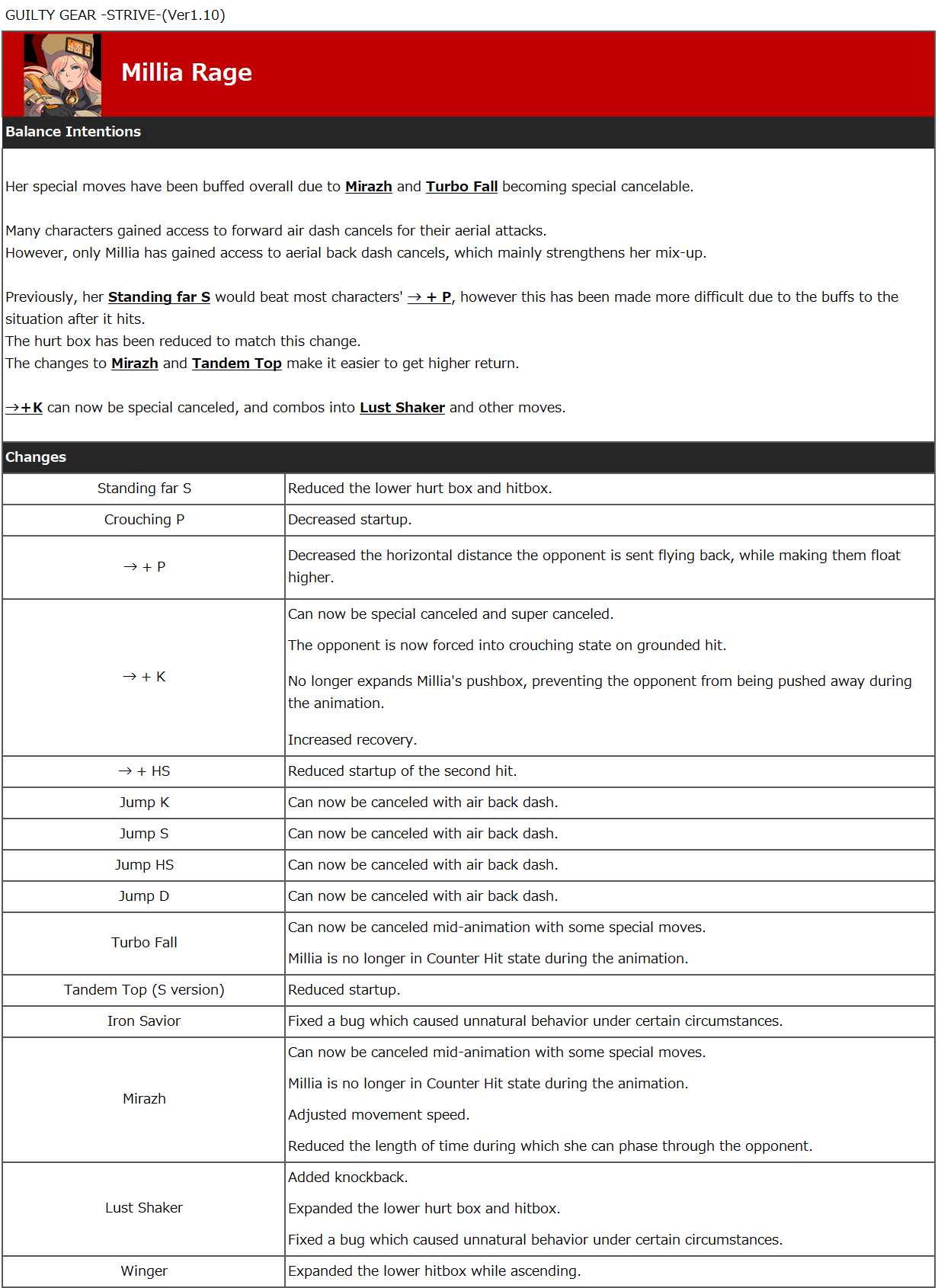 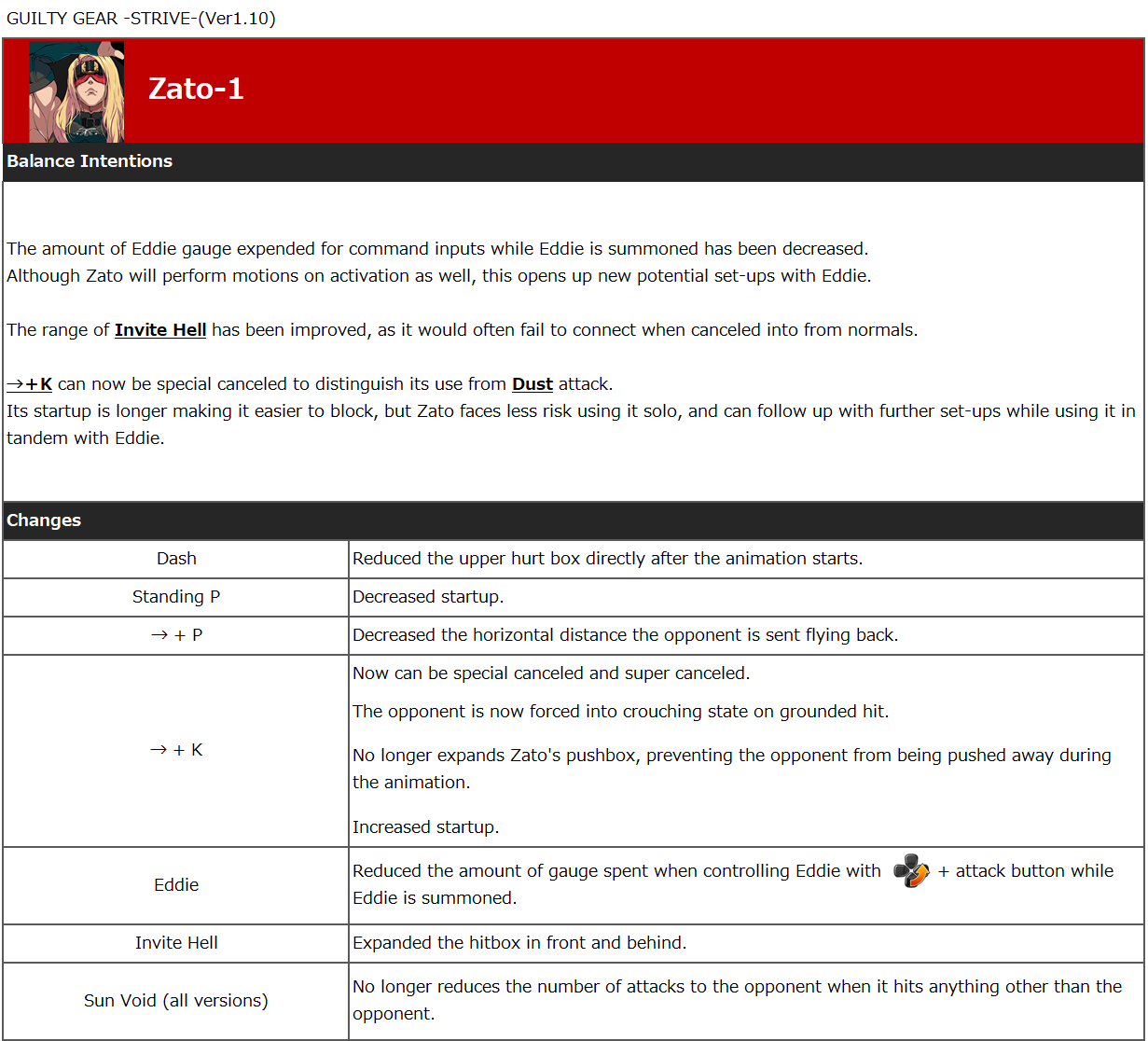 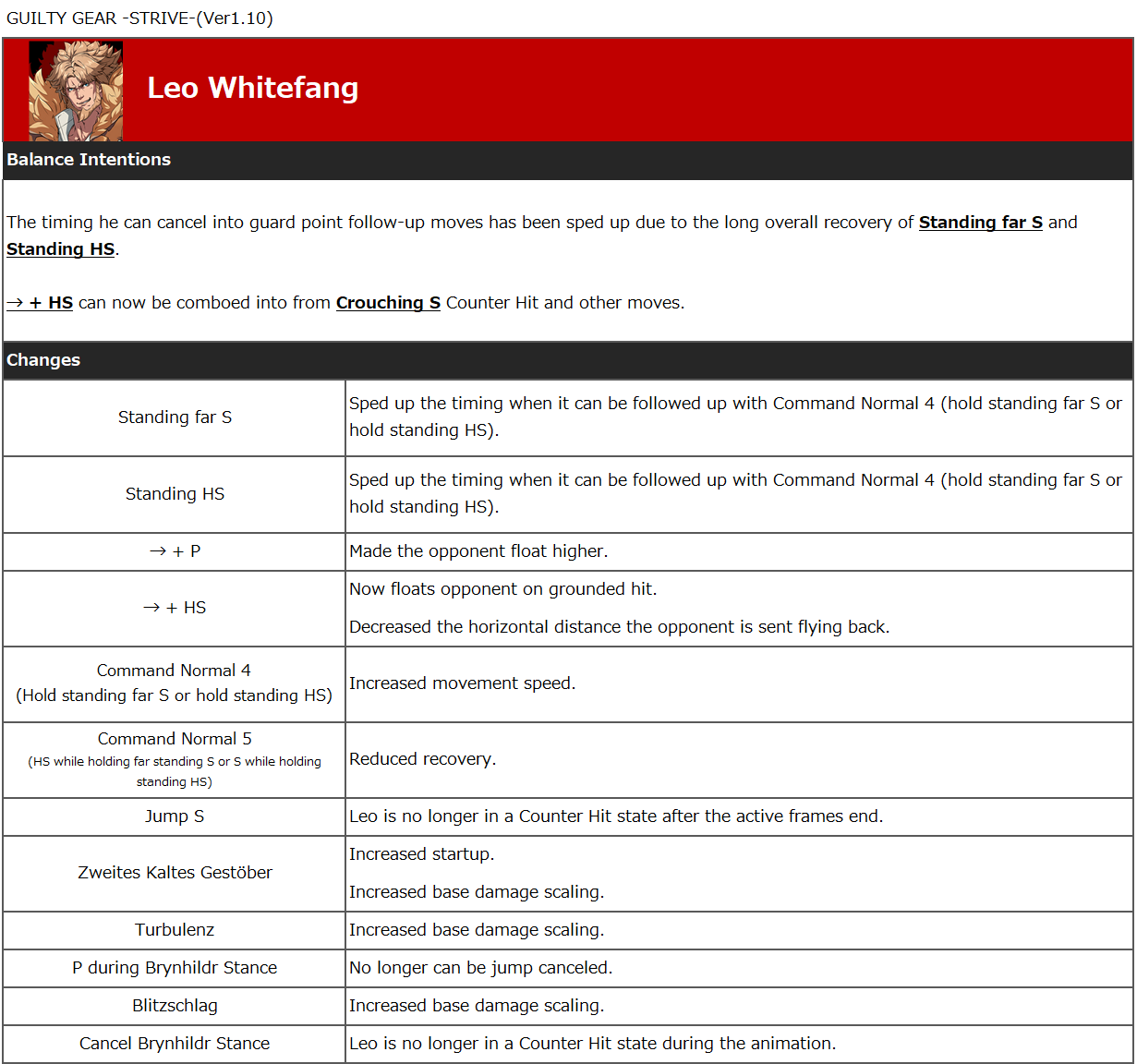 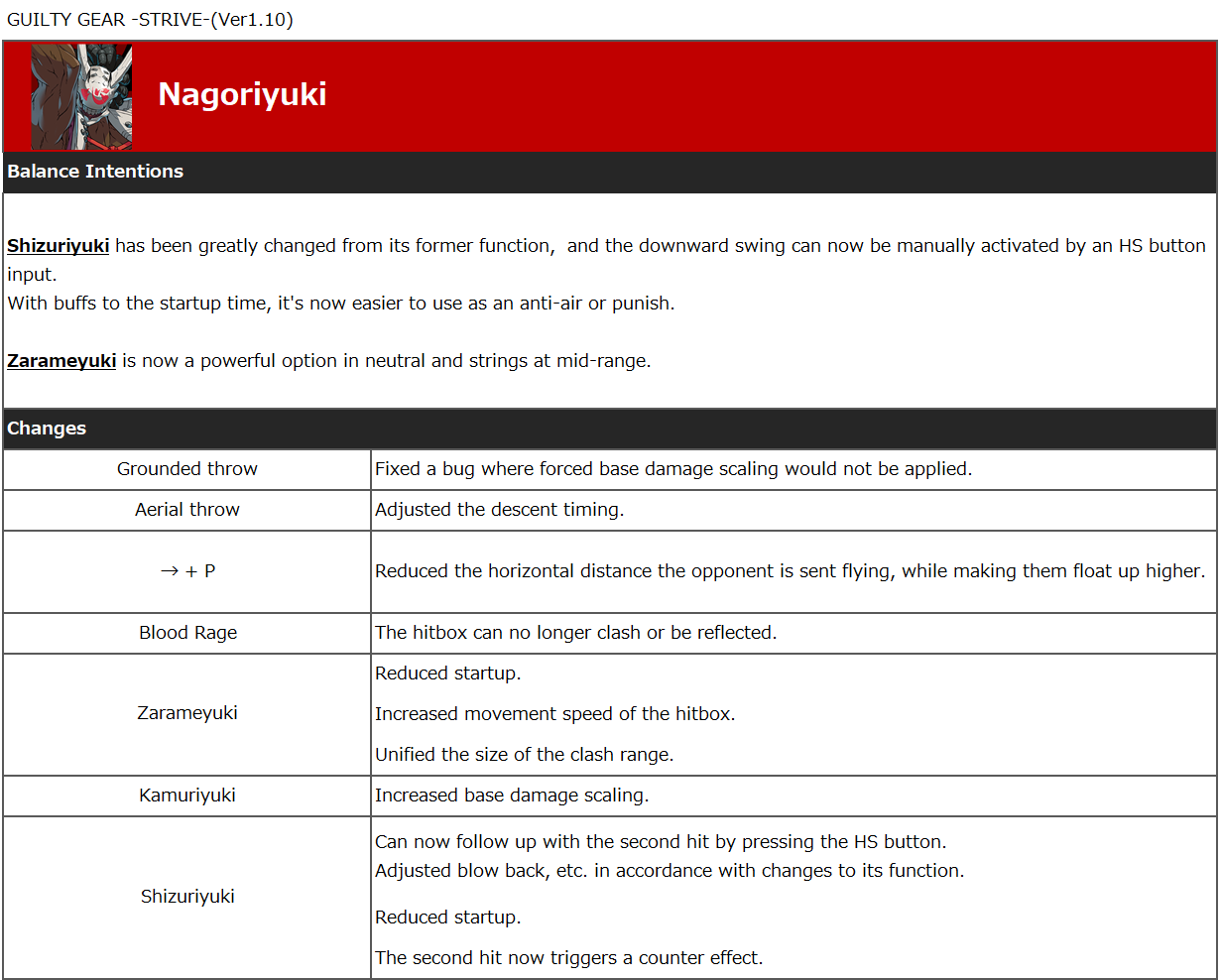 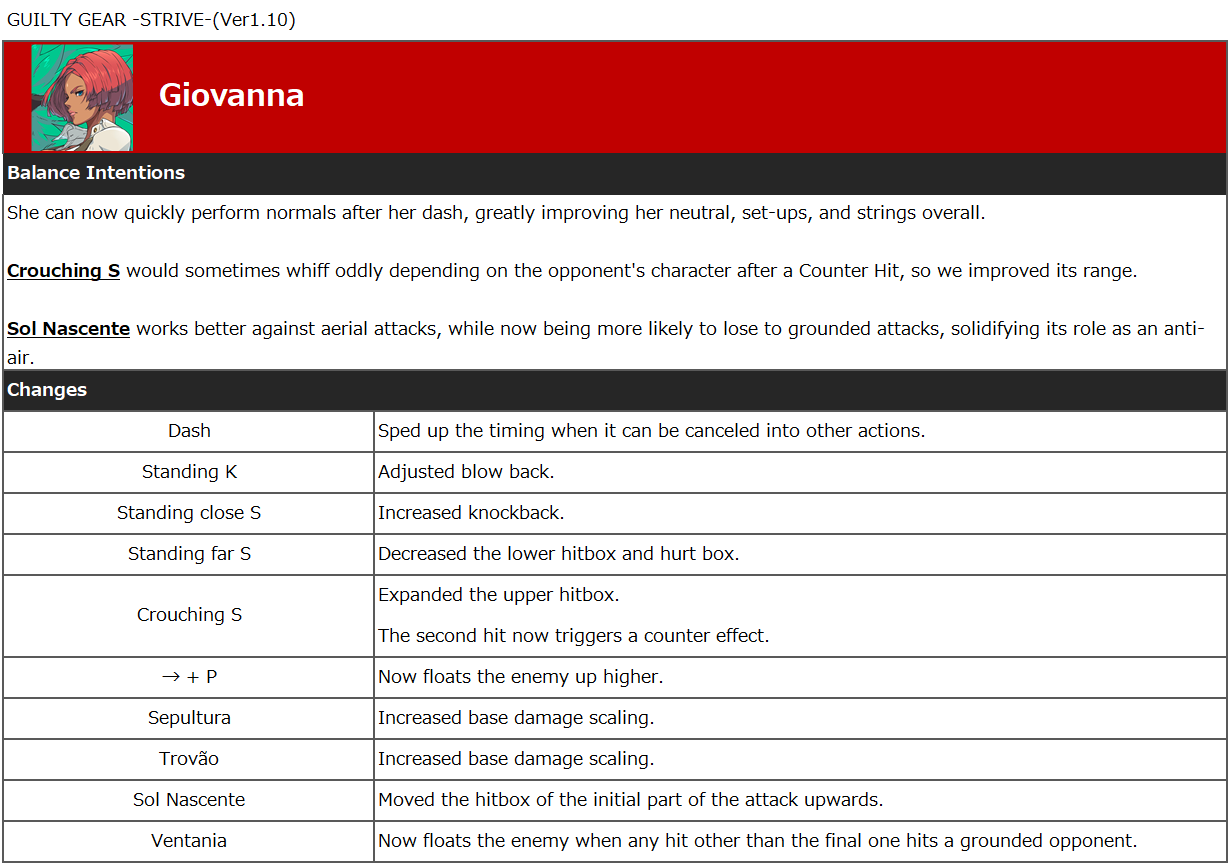 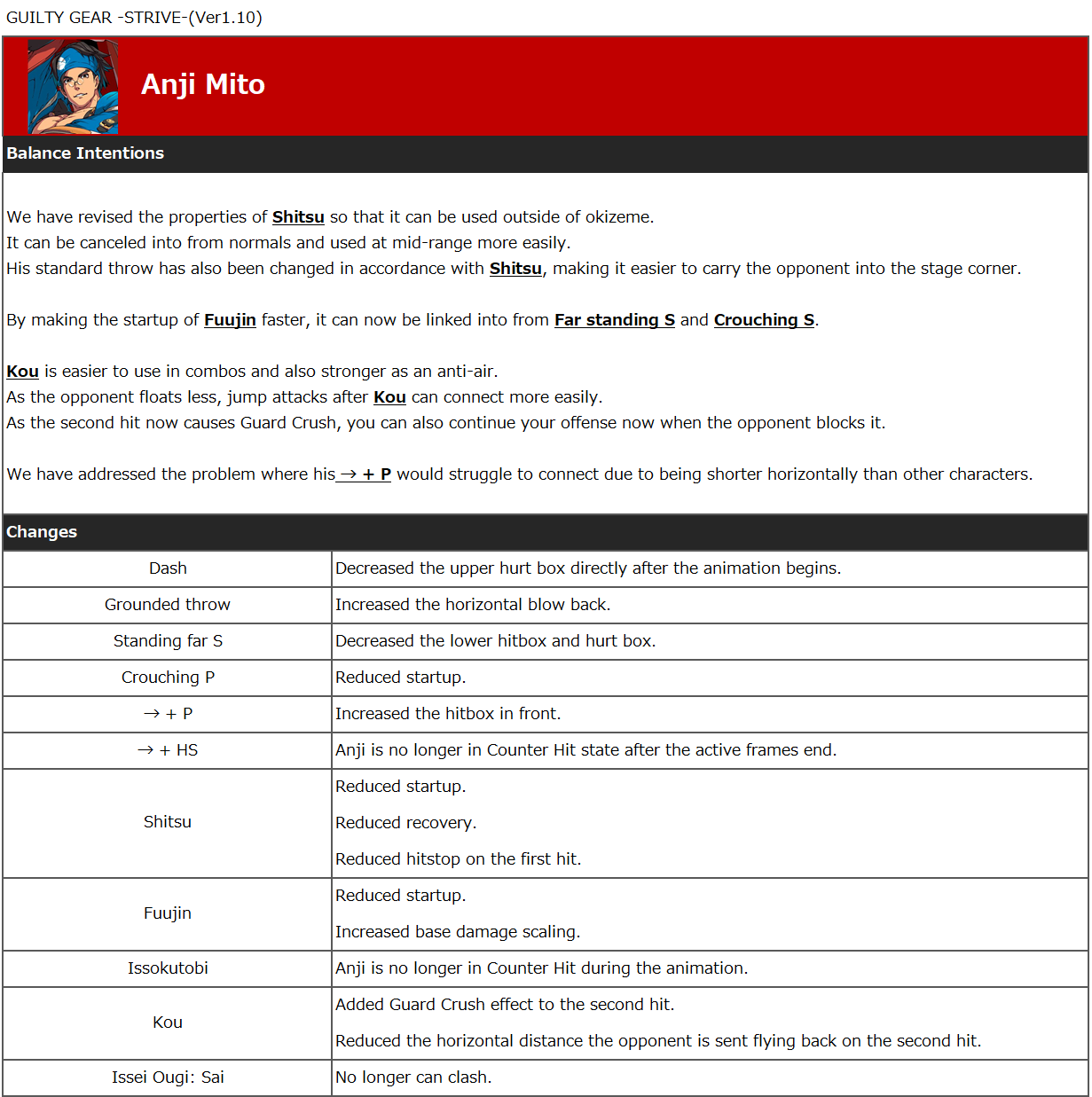 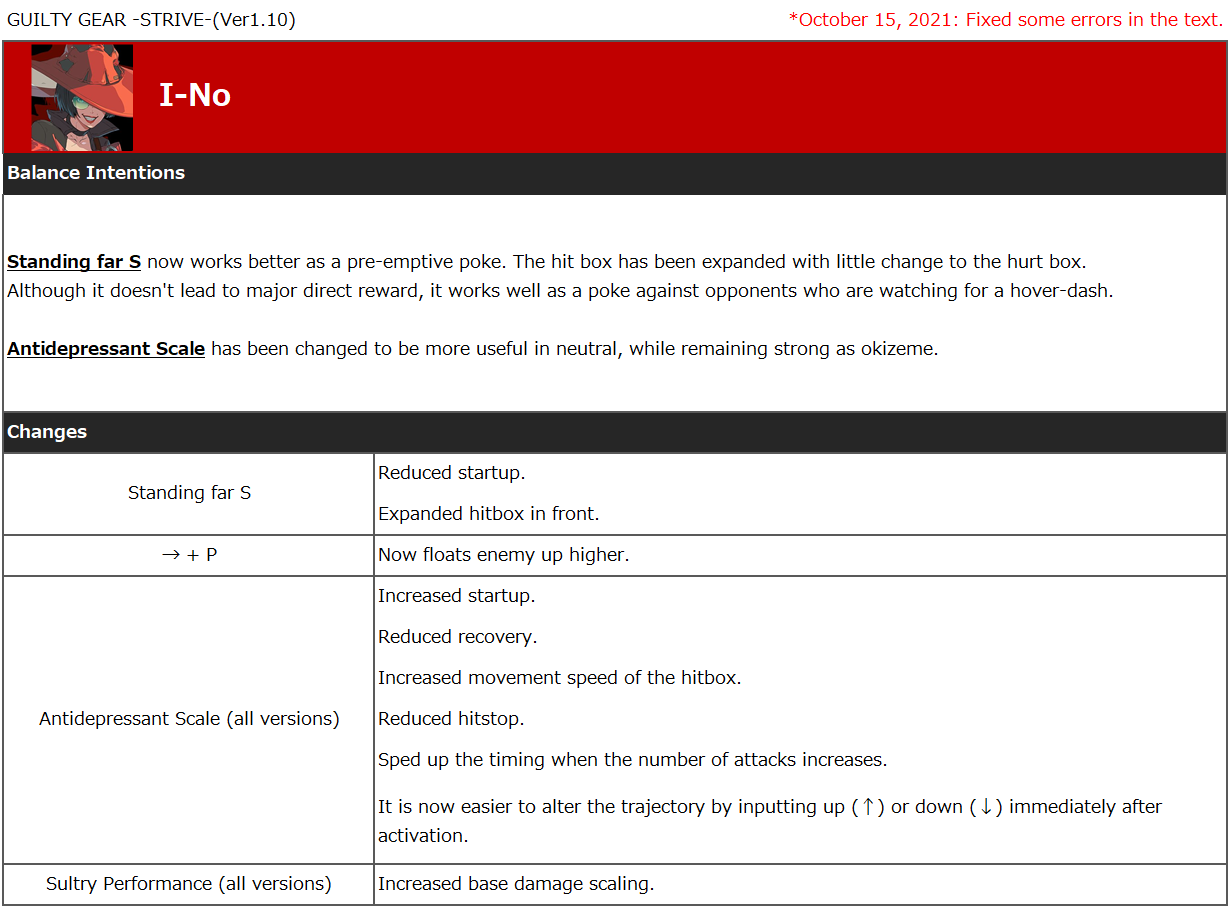 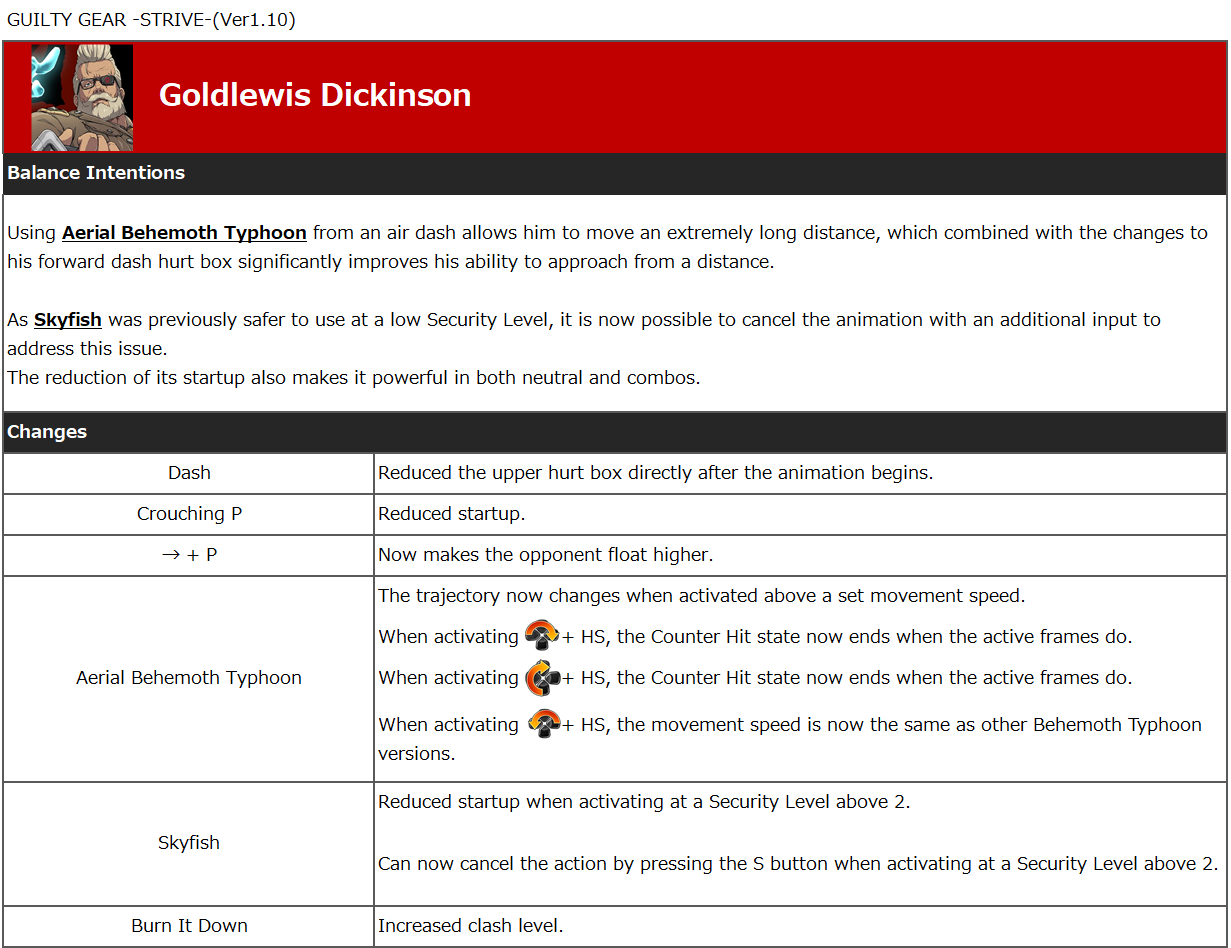 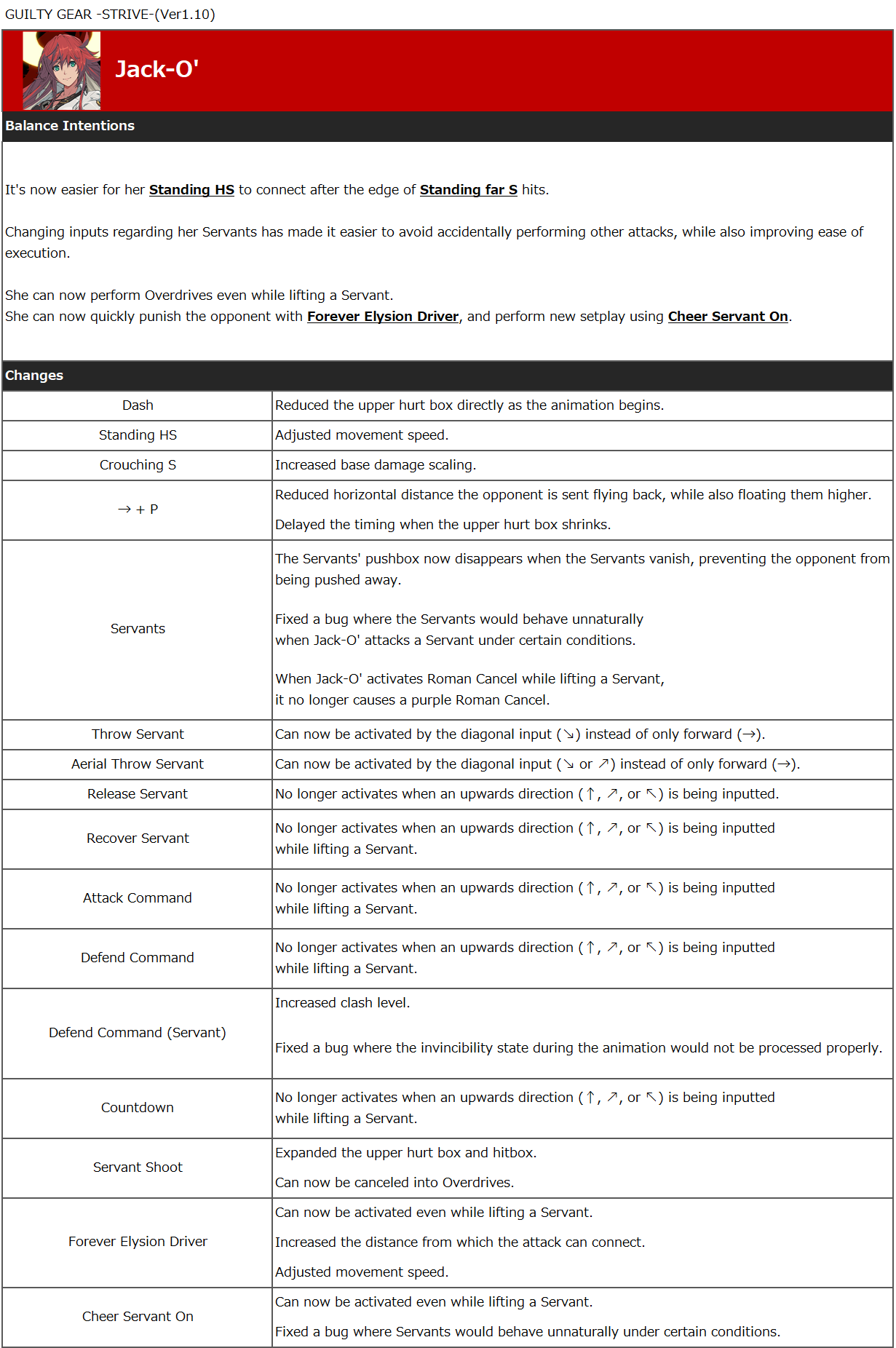 Further information on update contents and timing will be announced on our official Twitter. Thank you for your continued support of Guilty Gear -Strive-.