An update to Version 1.09 will be released on August 27 for the PlayStation®4/PlayStation®5/Steam versions of Guilty Gear -Strive- with the additional playable character Jack-O’, as well as battle balance adjustments and fixes for issues in each game mode.

・Added Jack-O’ as a playable character.
※Players who have purchased “GGST Season Pass 1” will have access to the playable character after the update patch is applied on August 27.
※Individual sale for the PS4 and PS5 versions will begin on August 30.
※Individual sale for the Steam version will begin on August 27.
・Added Jack-O’s BGM “Perfection Can't Please Me.”
※Jack-O’ must be selectable in order to use the BGM.
・Reduced input delay on the PS4 Pro/PS5 versions.
While this update does not apply to the standard PS4 version, we are looking into addressing this in the future.

・Fixed an issue where the Counter Setting action options would be displayed incorrectly after matching in Training Mode with the Training Environment set to reflect the prior match.

・Fixed an error where replay data would not be saved properly.
Replay data saved in battle version 1.03 of the game may not be played back correctly after applying this update patch.

・Adjusted the BGM volume of some songs, such as battle themes from previous games.
・Fixed some errors in certain in-game text.

・Network features are completely inaccessible under certain play environments.
We are continuing to look into and address this issue.

Any players experiencing this issue, please contact customer support with the following information:
-Type of console in use
-Internet provider or contracted service in use
-Model number of the router or network adapter in use
-If possible, an image of the error message or a video showing when the error occurs

Adjustments to battle balance are planned to take place in August and October.
This update focuses on changes to identified issues, such as individual moves.

We are also currently looking into improving and making changes to overall mechanics as well as certain actions such as projectile special moves and grounded overhead attacks in the update scheduled for October. 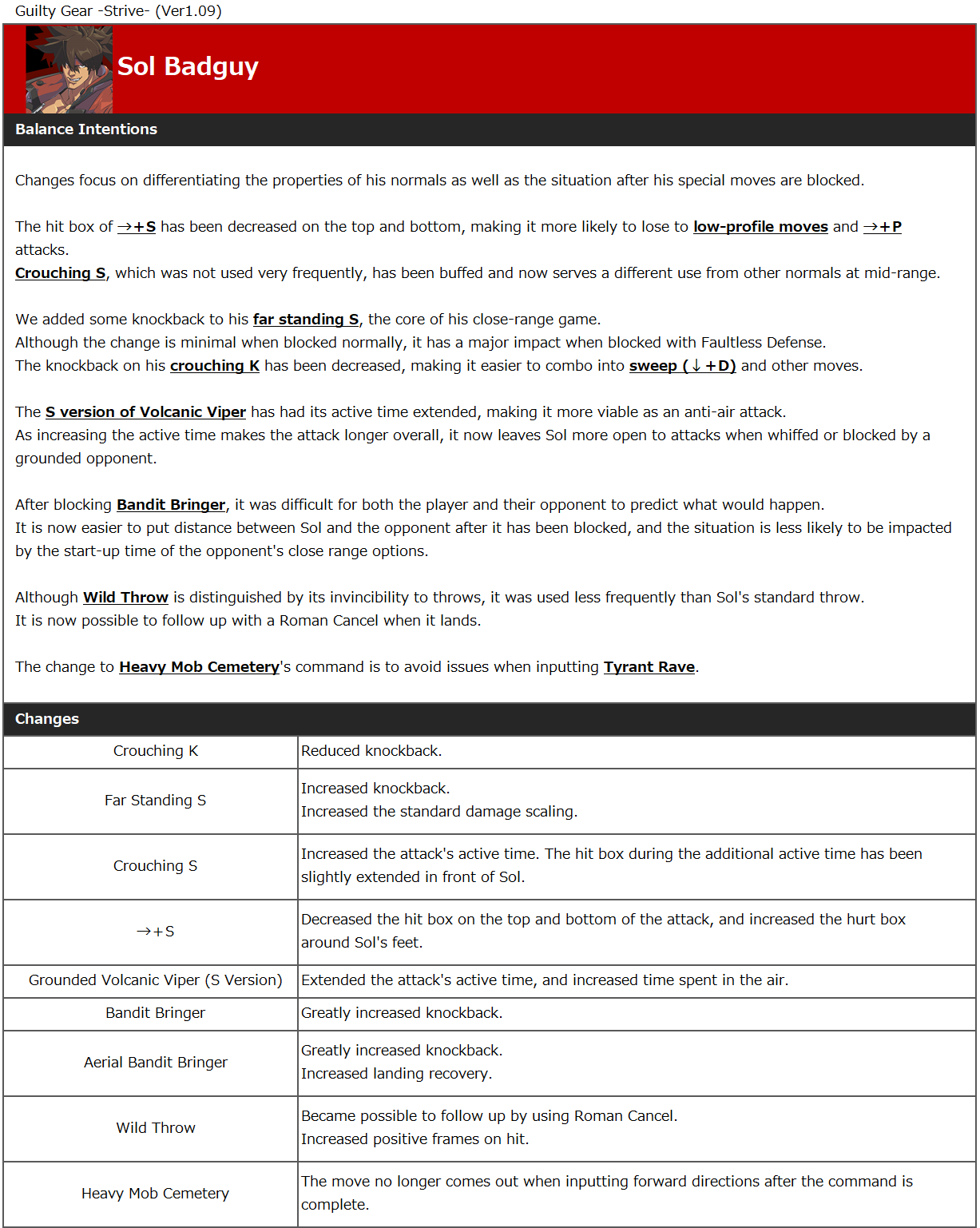 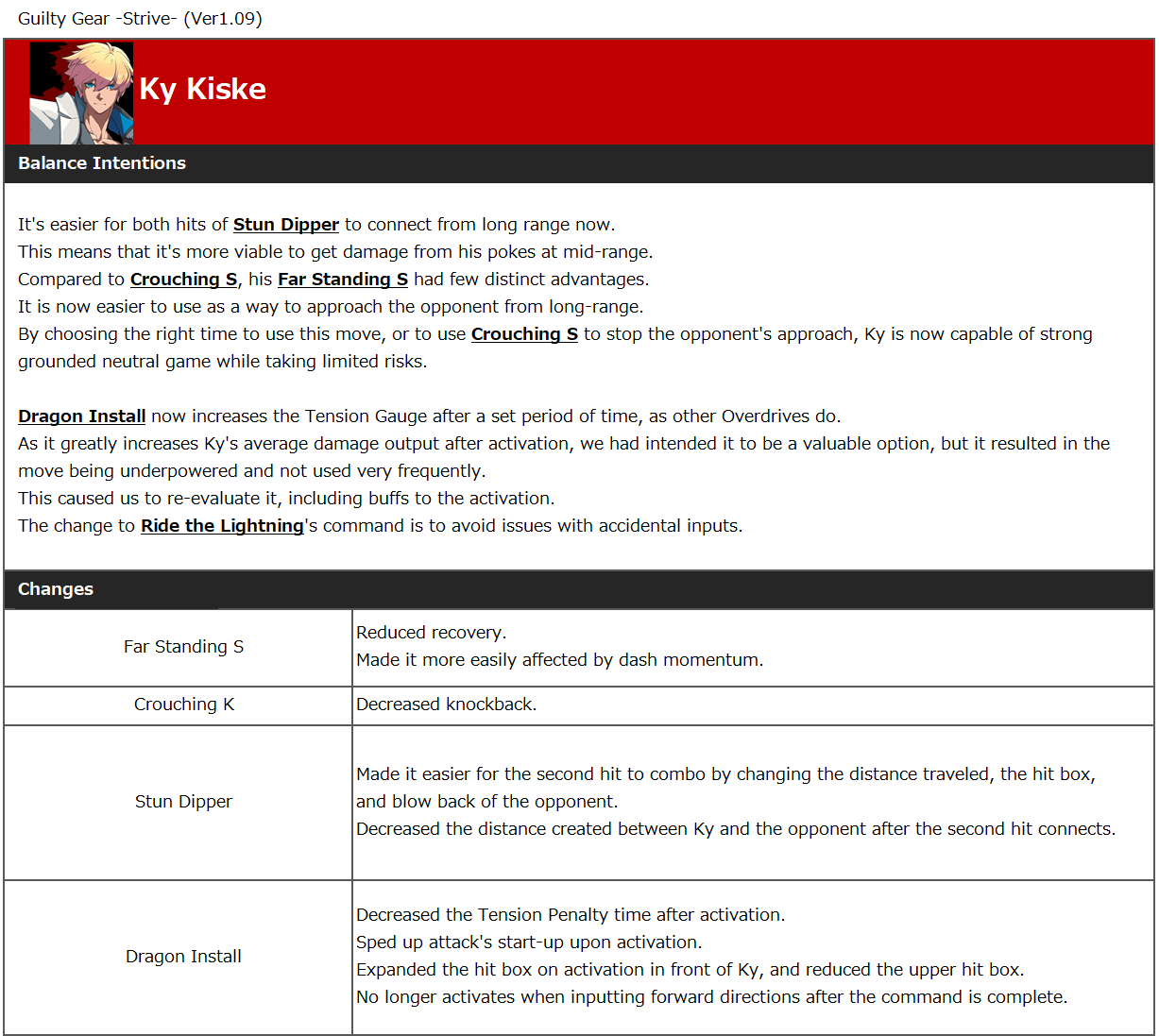 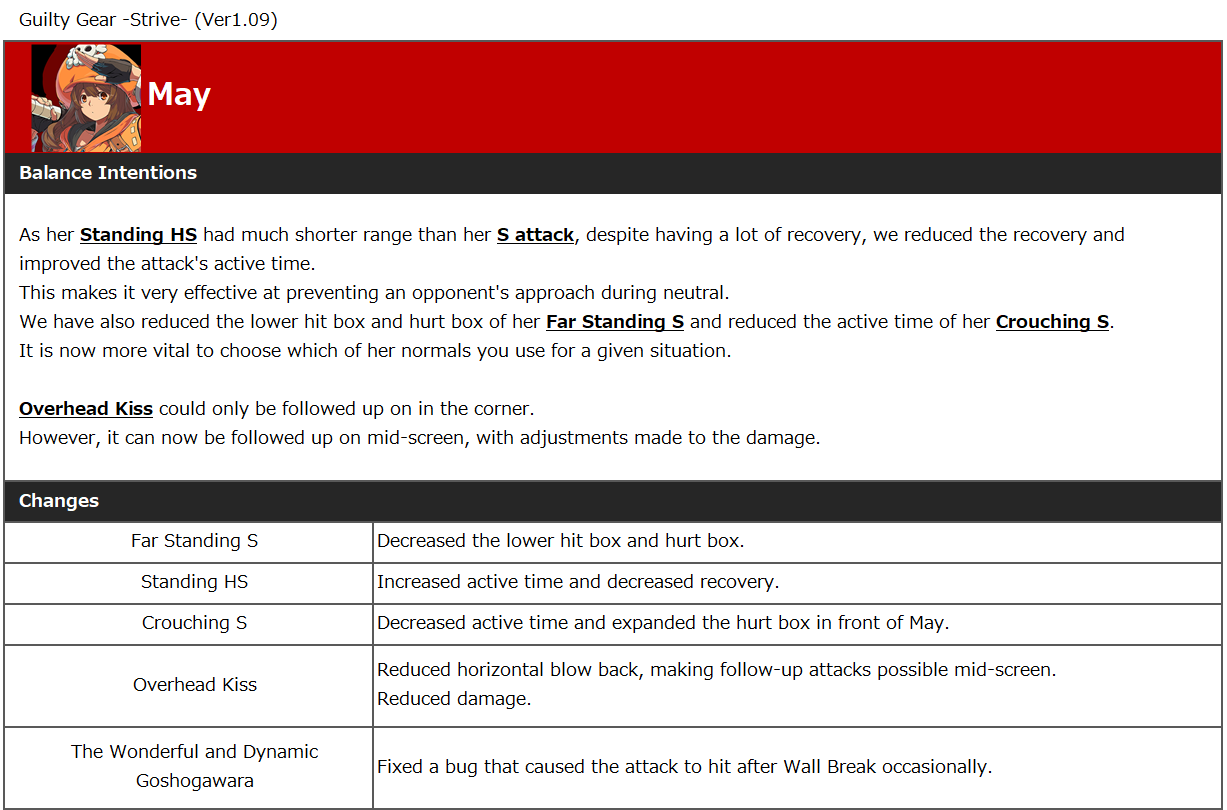 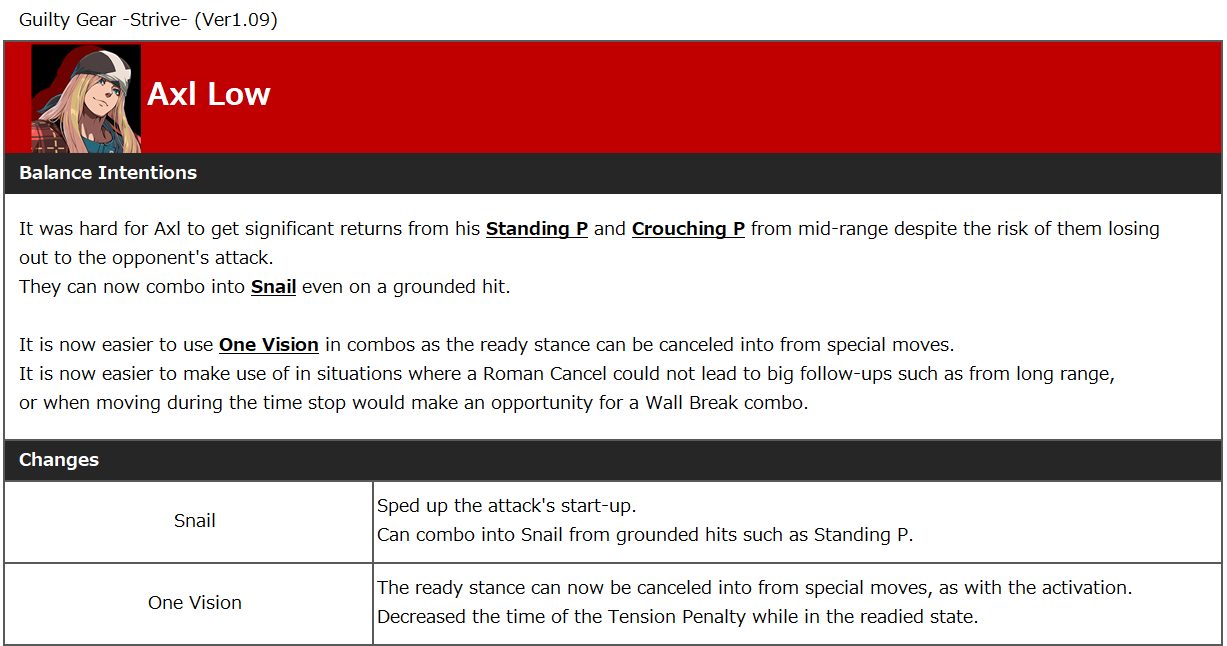 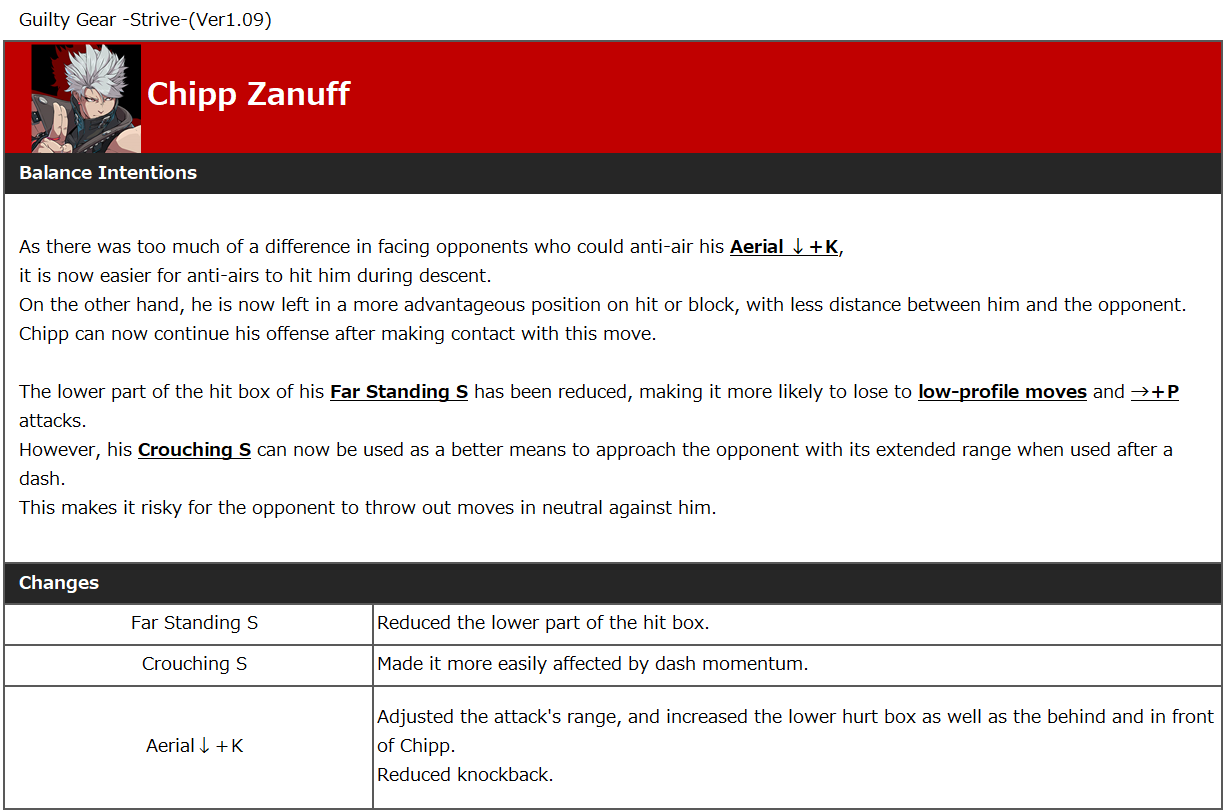 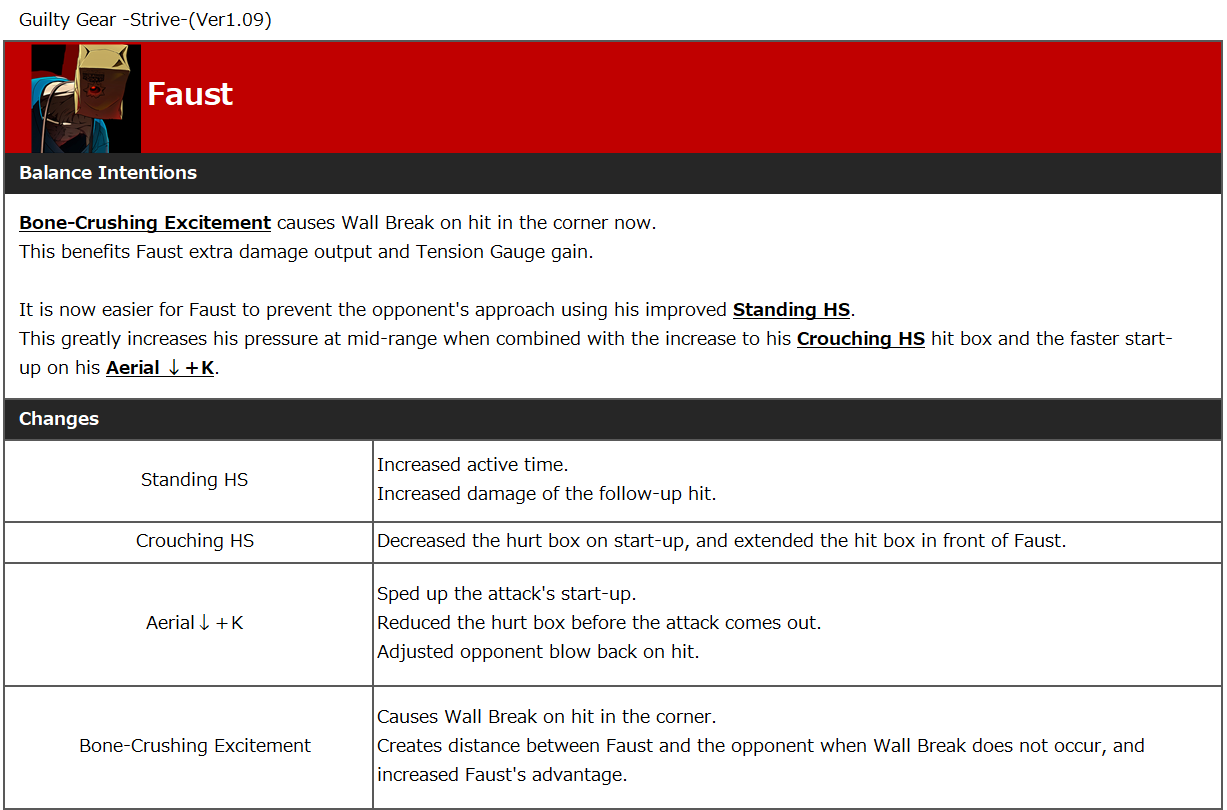 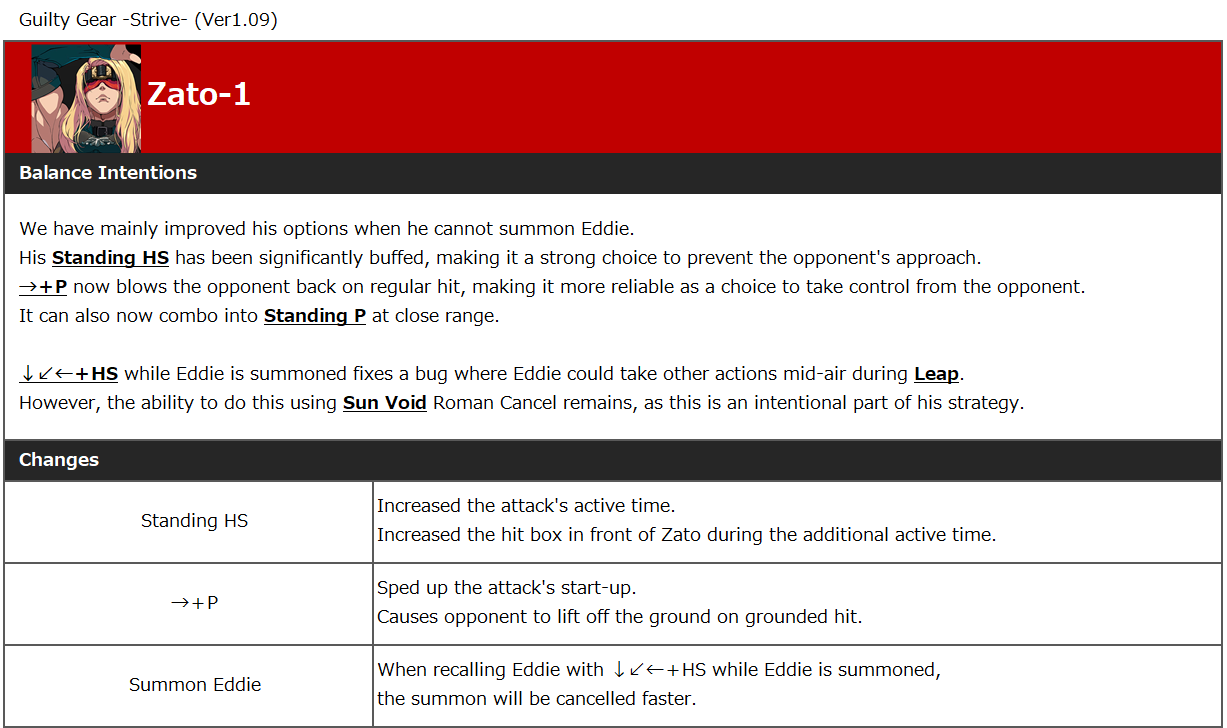 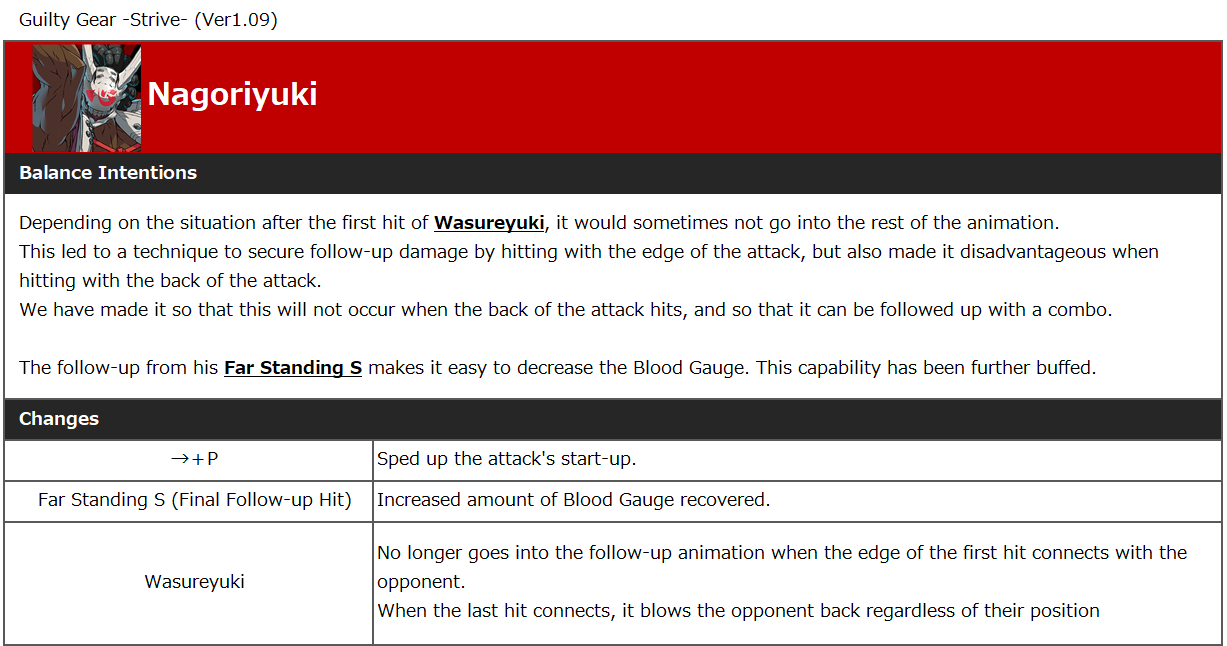 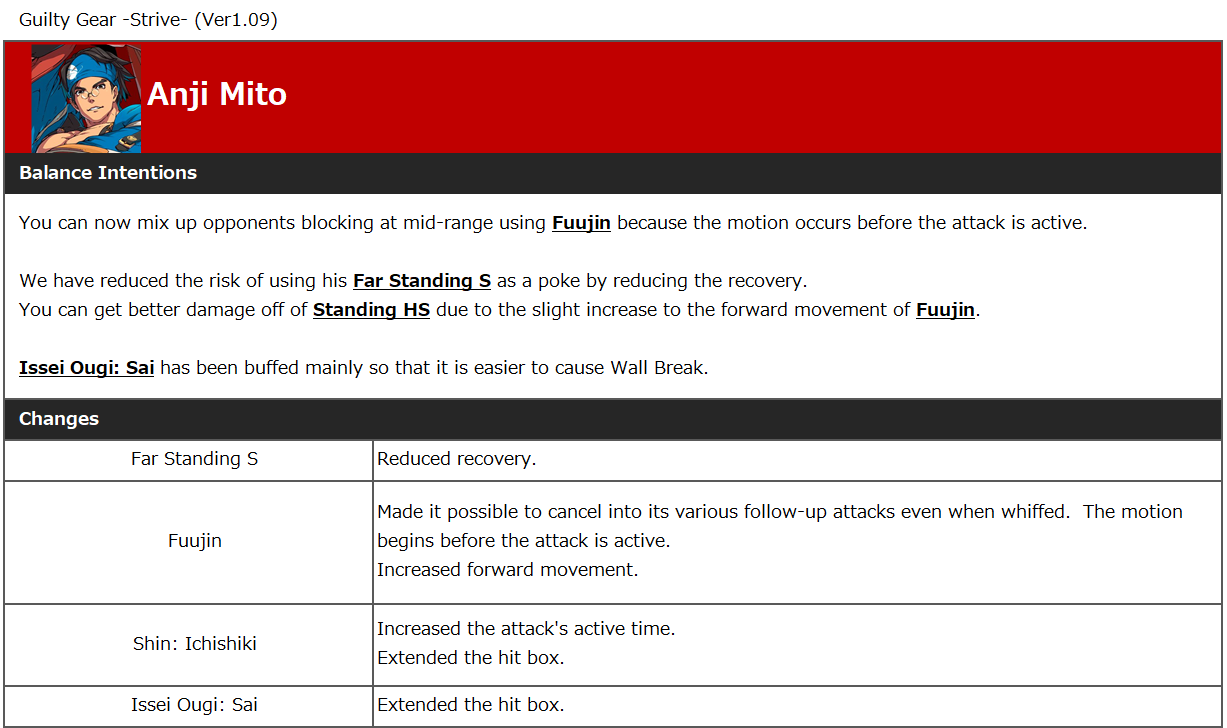 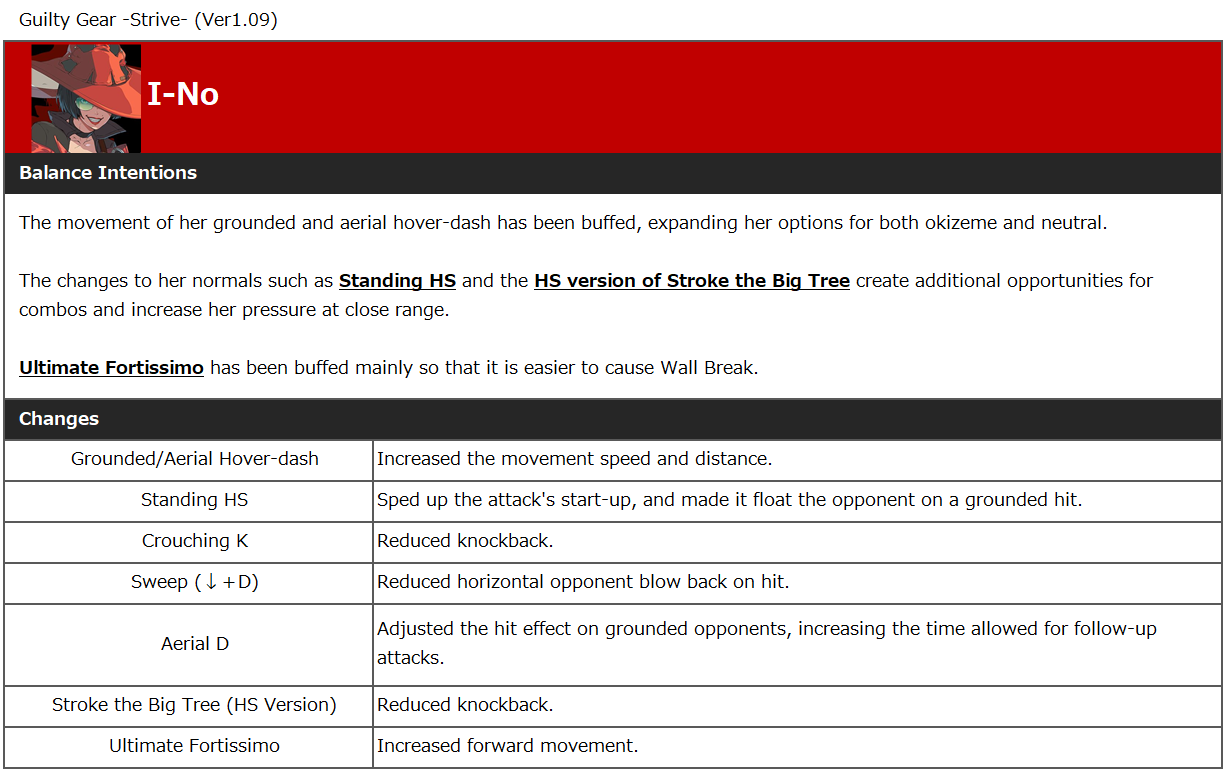 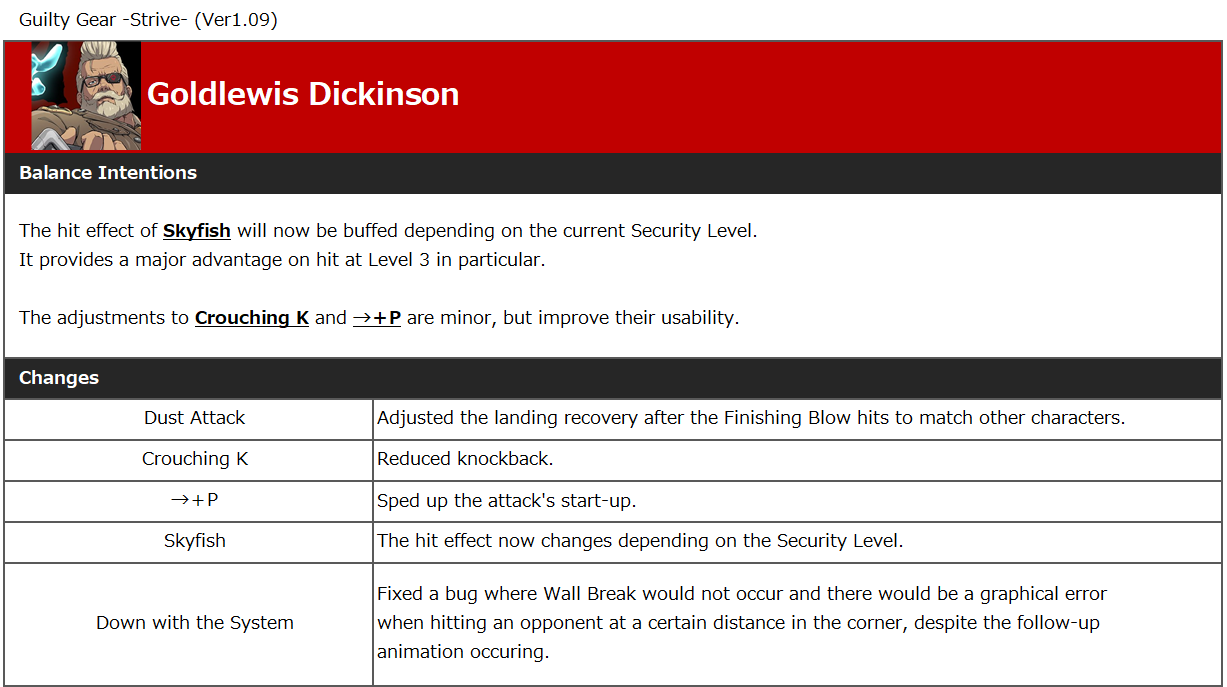 We ask for your continued support for Guilty Gear -Strive-.