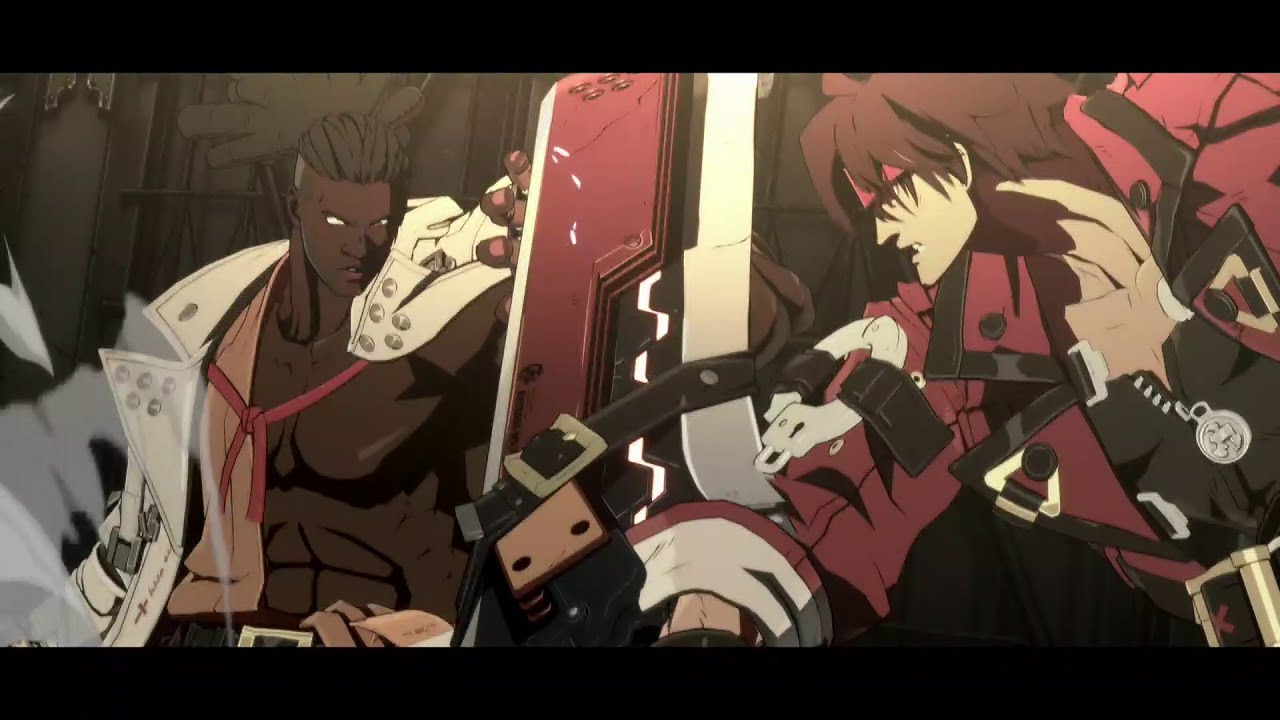 Be sure to check out this trailer and see for yourself exciting new scenes featuring battles with the new characters Giovanna and Nagoriyuki, Sol working with the newly red-haired Jack-O’, and new revelations by "That Man," Asuka R. Kreutz. This trailer is a must-see for fans of Guilty Gear’s story and world.

In this mode, you can enjoy the Guilty Gear story like you would a movie. No input from your controller is required.
You can learn about the characters and terms that appear in the story by accessing the Glossary through the pause menu at any time. No need to worry if you are new to the series.
Be sure to check out GGST’s voluminous story, presented with stunning graphics and fully voiced by renowned voice actors.

After defeating the threat known as the Universal Will, Sol Badguy enjoyed a brief moment of peace...
Until he heard the shocking news.
Asuka R. Kreutz, known as "That Man" who left his mark as the worst criminal in all of history by creating Gears and initiating the Crusades, surrendered to the U.S. government.
The man who turned him into a Gear... despite Sol currently seeking revenge on him, he was once a close friend.
Trying to guess Asuka's true intentions, Sol stood up with his weapon in hand.
...The time had come at last to settle his fate with Asuka R. Kreutz! 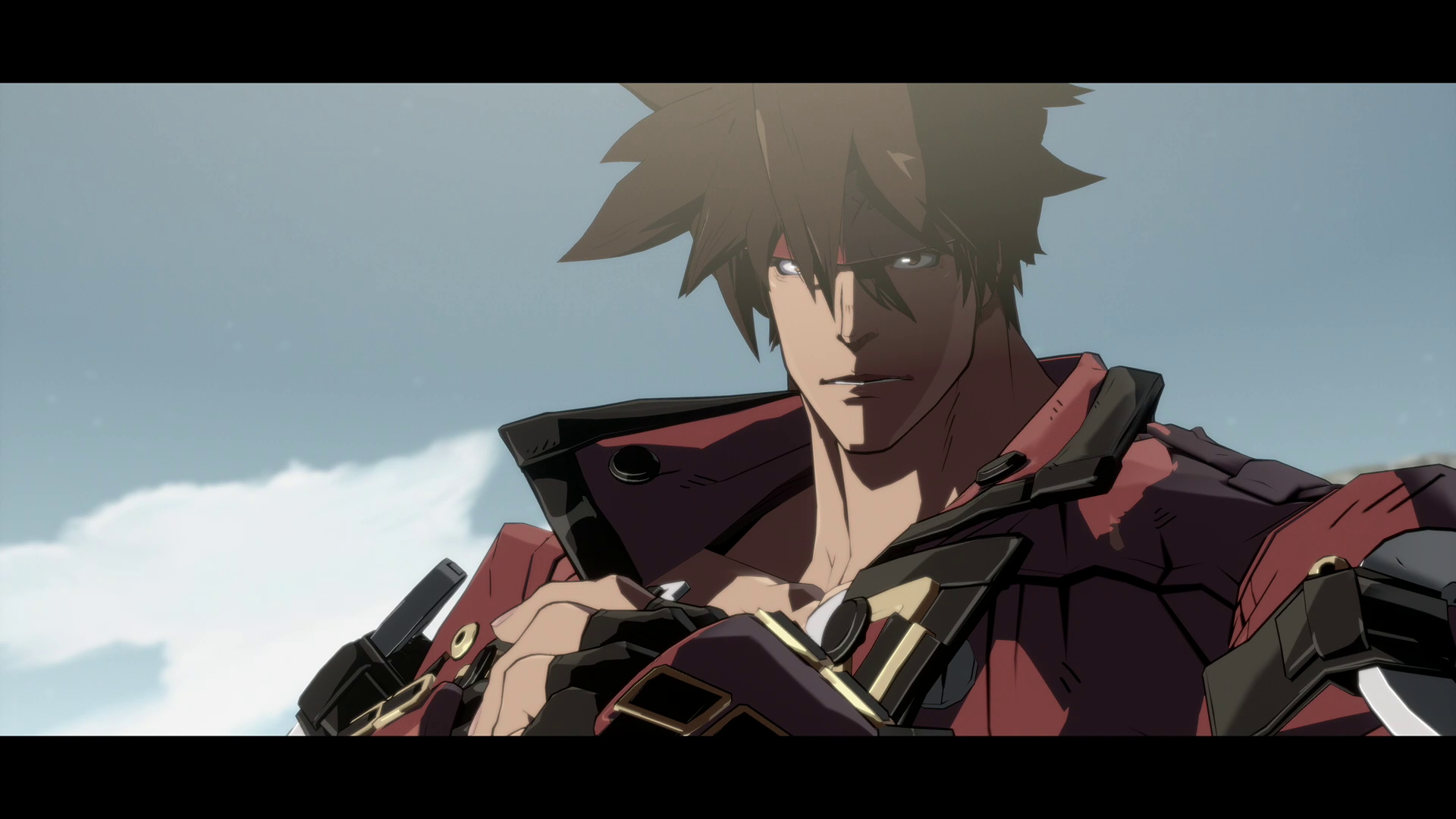 The main character. He was once Frederick Bulsara, an American scientist, but he was turned into a biological weapon known as a Gear at Asuka’s hands.
No longer human, he developed the Gear cell limiter device he wears as headgear.
Once he was able to maintain a human form, he blended into society by working as a bounty hunter, going by the name Sol Badguy, as he pursued Asuka.
After learning Asuka’s true intentions during the fight with the Universal Will, he plans to settle things with Asuka, their misunderstandings aside. 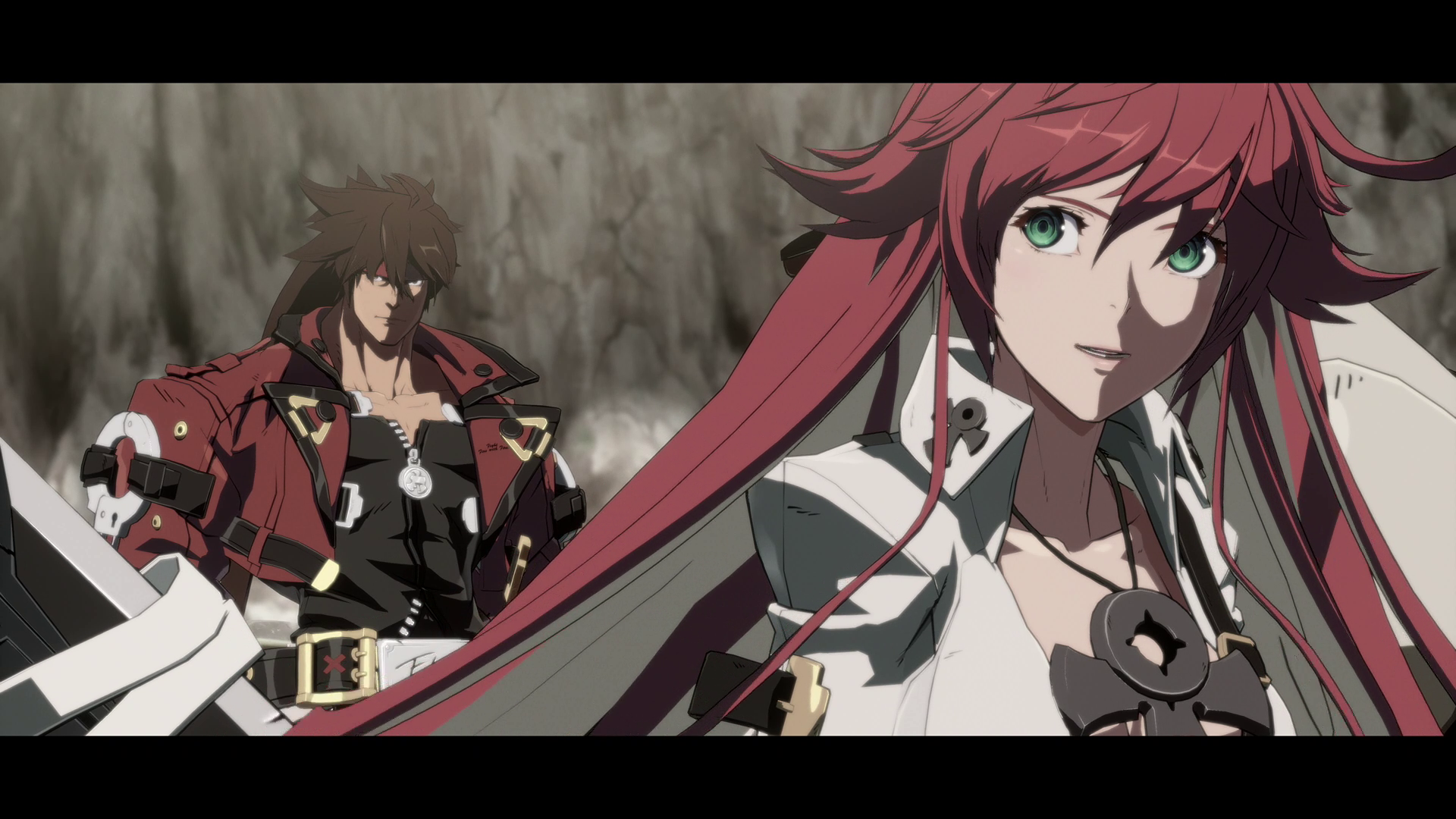 An artificial life form created to prevent Justice’s resurrection.
Half of the soul of Sol’s lover Aria remains within her, and she has Aria’s memories.
She prevented Justice’s awakening by fusing with the soul of Aria, whose body became Justice, during the battle with the Universal Will.
Aria’s soul was completely revived, but her consciousness remains dormant within Jack-O’.
She is currently working with Sol as a bounty hunter. 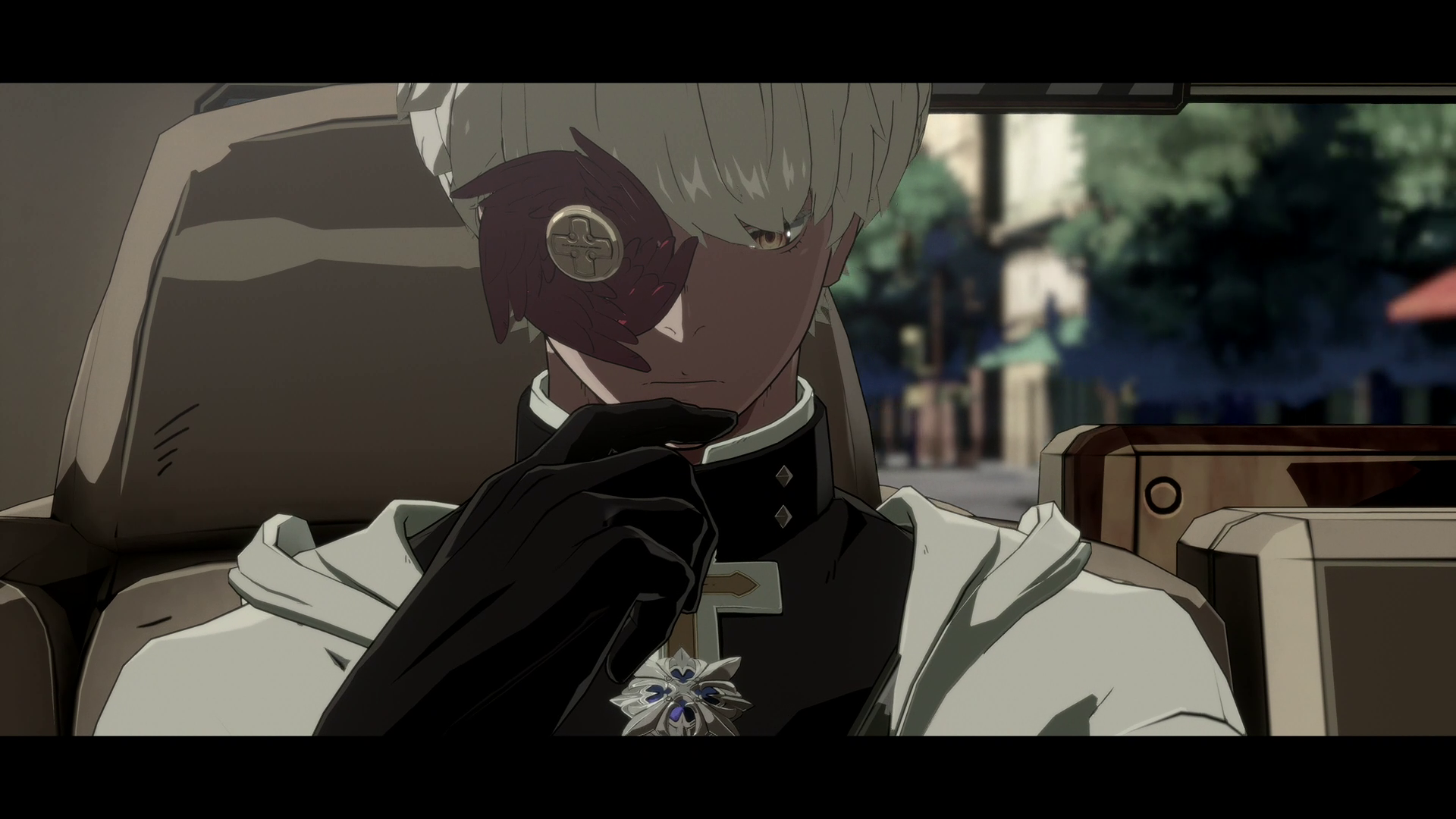 He worked as a researcher on the Gear Project with Sol and Aria, and was a close friend to them.
Seeking extra time to find a method to cure Aria of her deadly illness and for her to live together with Sol once she’s been cured, he transplanted them both with Gear cells. After some time, the military began intervening with his research.
Wanting to avoid Gears being used by the military, Asuka developed the ultimate Gear “Justice,” who could command all other Gears, with Aria as the body.
However, Justice went berserk due to interference by the Universal Will, which sought to destroy humanity.
Thus began the Crusades. Asuka became known as the Gear Maker, and was labeled the devil responsible for the misery that followed.
He concealed his face and real name for a long time, but he showed himself after defeating the Universal Will with everyone.
He then surrendered himself to the United States, attracting attention from all over the world. 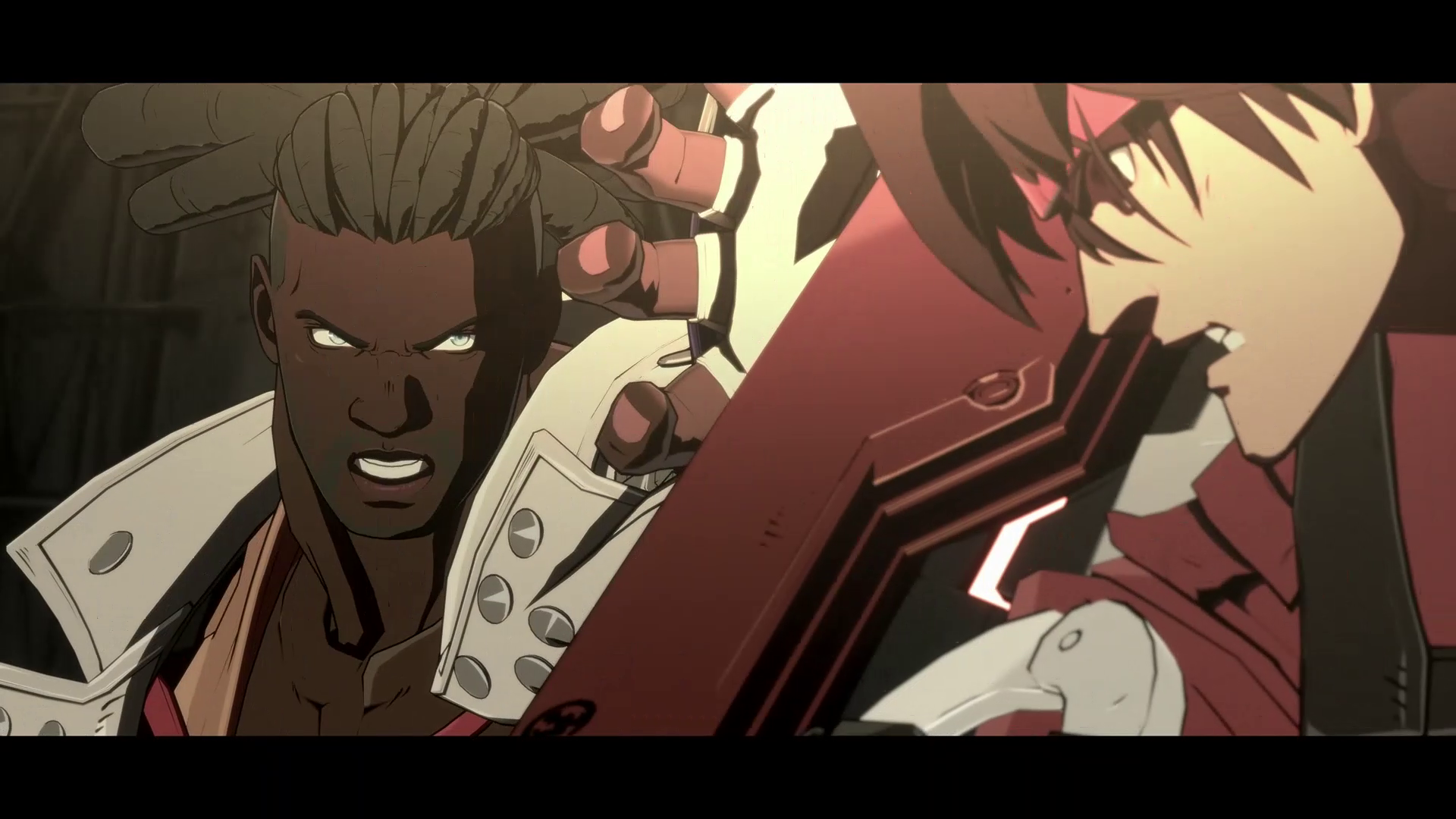 A samurai and vampire with a large build. Blessed with a powerful frame and outstanding combat skills, he also has the supernatural abilities of a vampire.
His blade is vampiric, and his own thirst for blood lessens when his blade absorbs it.
His mask also serves to reduce the increased thirst for blood he experiences during battle.
He is actually a dedicated, honest person, but he finds himself facing off against Sol and the others. 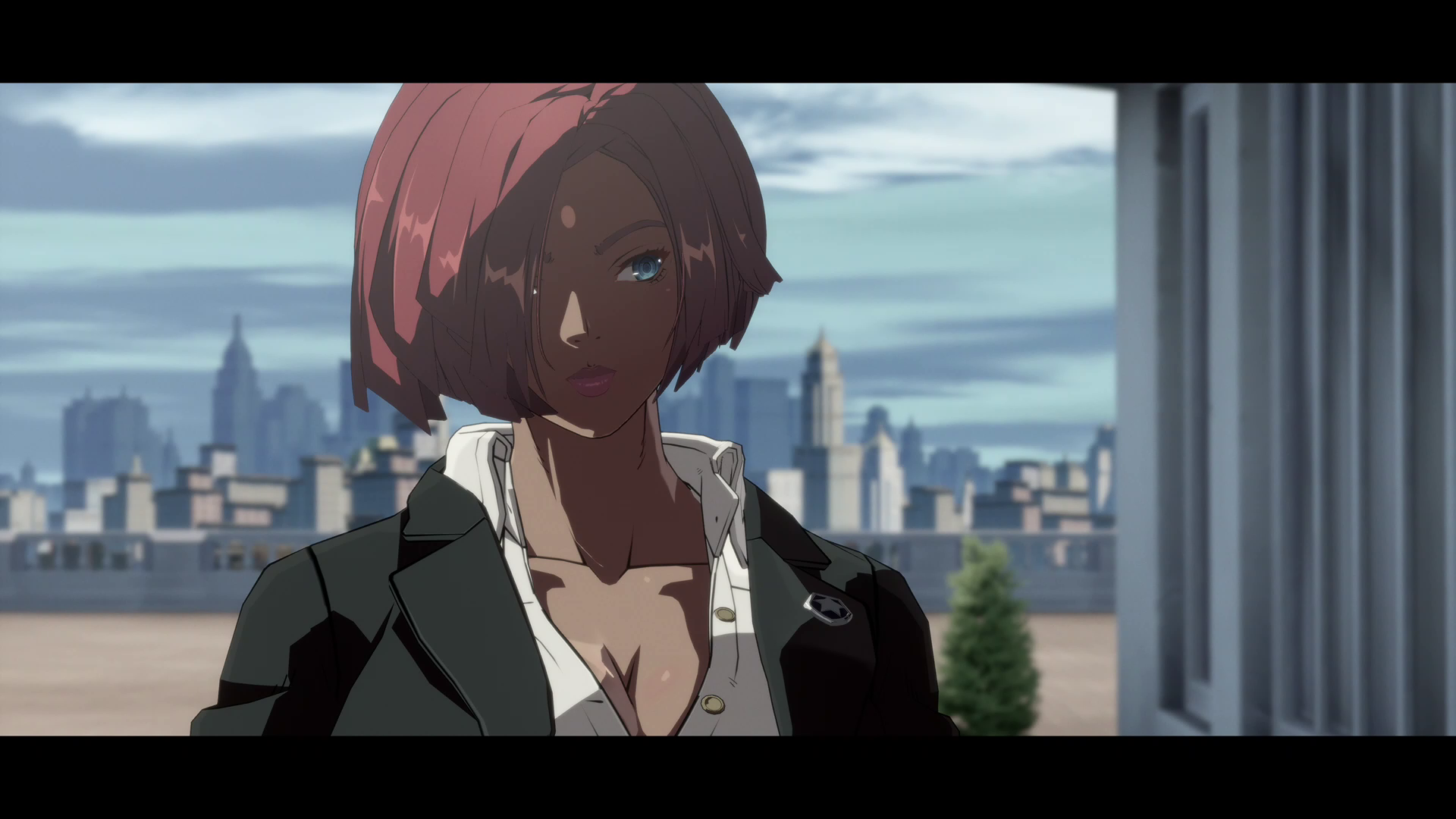 A special forces officer who guards Vernon, President of the United States.
During battle, she allows herself to be possessed by the spirit wolf Rei, amazing the opponent with her superhuman speed. 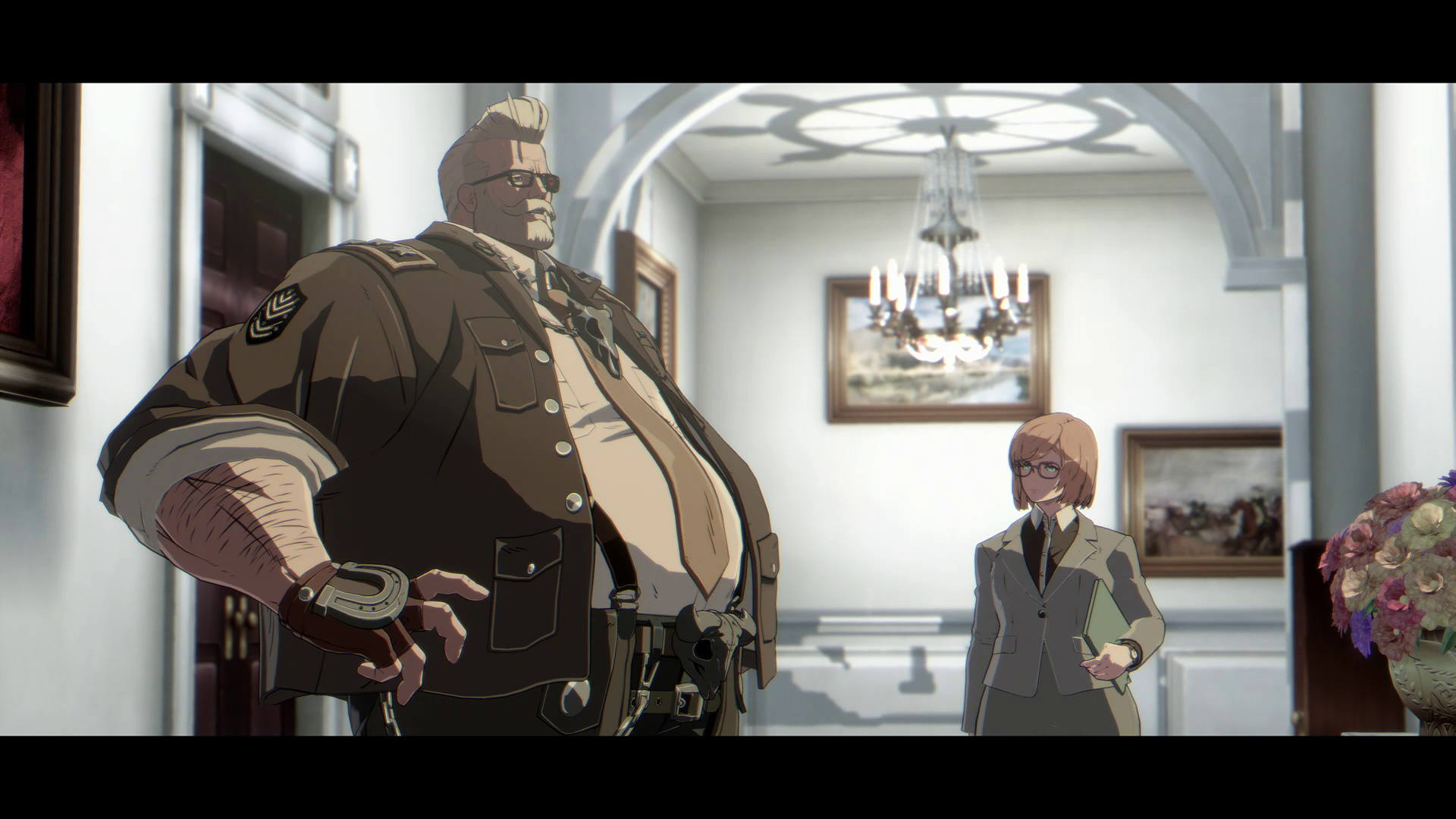 The first active soldier to serve as secretary of defense.
He is friends with Vernon from their time in the military together, and with Erica since he took his position. Both of them trust him deeply, knowing him to be both loyal and funny. 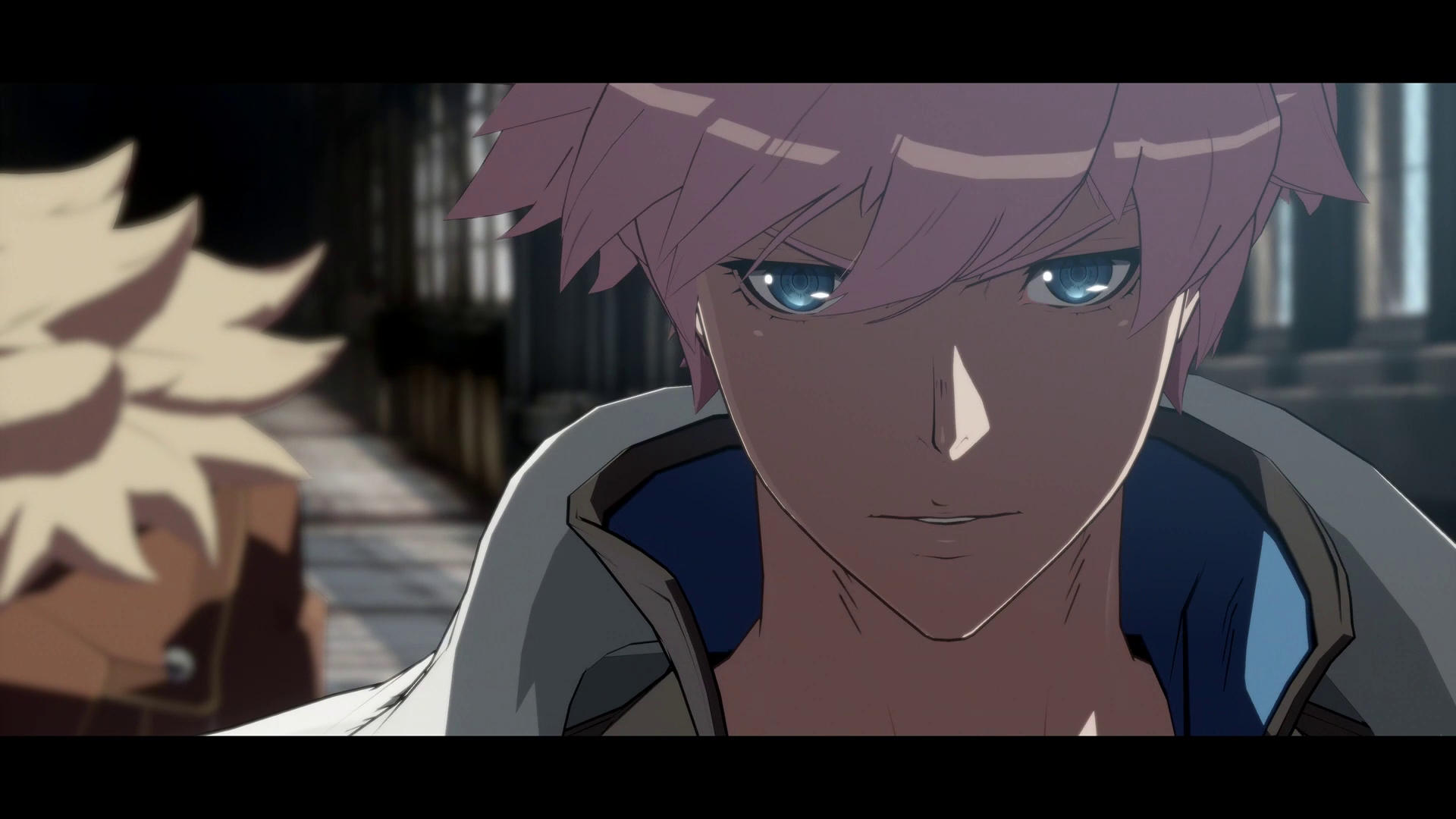 An abbreviation of “Group of Four,” an international meeting between the heads of the four developed countries.
The countries involved are the United Kingdoms of Illyria, the United States of America, the Chinese Federation, and the Southern Hemisphere Oceania Federation.
The heads of each country are allowed to bring a single knight as their guard.
The next location is scheduled to be the United States, and Asuka’s surrender has made this event the focus of international attention.